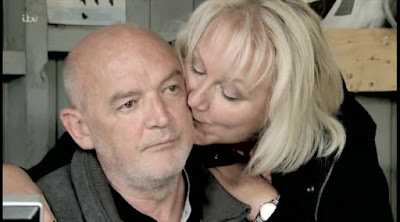 Foiled Again award: Jason gave Eileen control of the bank account instead of Phelan who had plans for it, himself.

Change of pace award: While it's usually red wine that breaks down a person's inhibitions and lands them in loved-up land, this time, it was white wine that led Leanne into clearly doing something she regrets with someone unidentified.

Big Heart award: Poor Kirk. He does want to get back with Beth but he doesn't want to leave Norris lonely, either.

Stars in Their Eyes award: Tonight, Matthew, I don't want to be Sporty Spice. 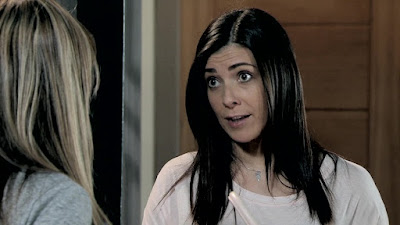 Doom and Gloom award: Izzy thinks if she goes to prison she'll lose her job and Jake. She might lose her job but surely she can go on benefits as a single disabled parent?

Pants on Fire award: It's getting clearer and clearer that Caz is faking her injury.

Fake Injury: Forget Caz. Steve is folding his arms, waving them about and all sorts over the past few weeks, even though one of his arms is in a sling. Doesn't seem to hurt him in the least. Indeed, he was out of the sling by the end of the week.

Lines of the week:
Liz to Steve "Once that cruise liner has left the port, it won't be the only ship that's sailed" (listen to your mother, Steve)
Gail "The thought that someone you love could kill, is hard to live with and I know that" (yes, yes you do *coughHillmancough*)
Gail "I've been sleeping on top of a dead body for months" David "I thought you'd got used to it after Michael" (Ha!)
Norris about Kirk "If brains were rocket fuel, he wouldn't get off the launchpad"
Liz "Talk about snatching defeat from the jaws of victory!"
Beth to Kirk "How could you choose that owl in a cardigan over me!"
Tracy about Kirk "He's got the personality of an ironing board"
Eileen "To adventures!"
Gary to Izzy "I will always be there for you" (which doesn't mean he wants to get back together)

I"m pretty sure that Johnny will save Izzy's job for her
when she is released, or if he's missing, perhaps most of
her workmates will convince Aiden to do so also. ;)