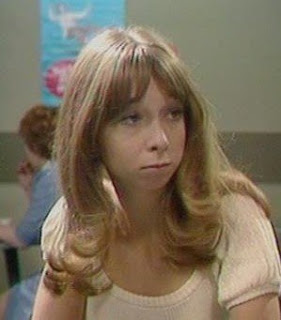 Young Gail Potter first turned up in Corrie on 29 July 1974.  She was brought into the show as a friend for Tricia Hopkins, played by Kathy Jones.

When Gail first arrived on Corrie, she lodged with Tricia at the shop flat until they were forced out by new owner Renee Bradshaw.  Then for her first few years on Coronation Street, Gail lodged with Elsie Tanner at No.11, sharing a room with Suzie Birchall.

42 years later, Gail is the most-married woman on Coronation Street - see all her husbands here.