Corrie sisters aren't doing it for themselves 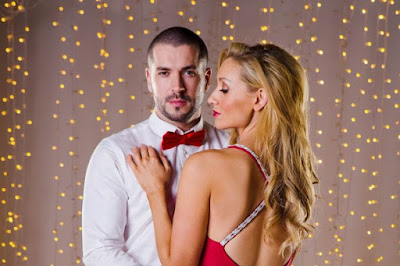 (This post was originally posted by Ruth Owen on the Coronation Street Blog in August 2016, reposted to this blog with permission.)


Eva and Leanne are sitting in their flat and Eva is putting her face on. Eva says to Leanne, 'Can you believe Aidan?' She talks about how she would like to throw her make up bag at him with a brick as its contents. 'What a wazzock!' she adds.

Wazzock?! I've not heard this as a term of insult for some considerable time.

Eva is upset because she thought that Aidan was preparing for the two of them to move in together. She was wrong. As a result she is fed up, cross and disappointed. She bemoans her fate and Leanne plays the wiser, older sister.

'I just know fellas Eva. The minute you mention the c word - commitment, they run for the hills. First chink in his armour and you want to move in.'

Eva says she is impulsive and asks why men should call all the shots. Leanne says, 'I'm not saying it's right, I'm just saying chill out.' Eva is not satisfied by her sister's response and says, out of Leanne's earshot,  'Thanks for the support babe, long live the sisterhood.'

I wonder if anyone else felt the same as me as a result of this conversation. I was irritated and also, I felt as if such a complaint belonged further back in time, just like the word wazzock. Or maybe you felt the same as Eva and accepted that it is always men who call the shots. BUT - is this how things really are in 2016?  I wanted to reach through the TV and have a word with Eva to tell her to get out there and show her independence and not wait around until some man, in this case Aidan (who is admittedly a vision of male beauty) and live her life. She is beautiful, witty and well-liked. Let him come to you in the full realisation that he is a very lucky man.

Of the current crop of Corrie women, there are a few who are single but, as far as I can see, only Rita who feels quite content about her status. Erica was a good example of a strong, attractive, independent woman, but is now with Dev, though they hardly live in each other's pockets. In fact, I'm not even sure that their relationship is still going on. 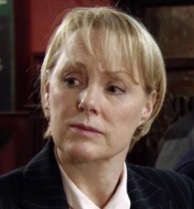 Irritating though she is, in her role as a councillor, Sally is pushing forward with her political ambitions. Recently she had the gall to liken herself to the great suffragette, Emmeline Pankhurst. Though she is indeed married to Tim,  he now seems to come quite far down Sally's pecking order.

In contemporary society there are a good number of single, independent women, who maintain a strong network of similarly placed people. On the cobbles, it would be interesting to see more strong female friendships: women having fun together and not being totally dependent on men for a sense of their own worth. So come on sisters (and writers) let's see more of you doing it for yourselves.

I think there still are younger women who want to depend one their boyfriend or spouse. As they age they realize they either can or need to look after themselves.