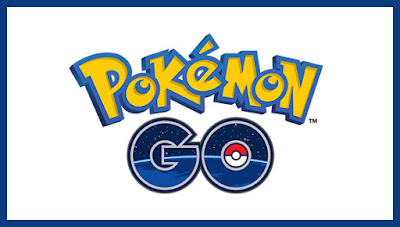 (This post was originally posted on the Coronation Street Blog July 2016, reposted to this blog with permission.)

"I can’t be the only Corrie fan who’s been caught up in the Pokémon Go craze these past few weeks. The hottest new mobile app release is sweeping the world so much, I’m beginning to think that the reason we haven’t seen Emily Bishop back from Peru yet is that she’s actually searching the South American jungles for the mythical Mew. 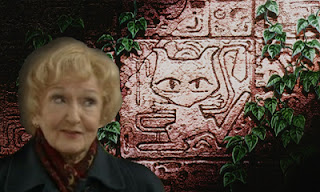 Now this has all got me wondering – if some of our favourite Coronation Street characters were Pokémon, which ones would they be? I’ve drawn up a list of some of my ideas; if you have any of your own, feel free to add them to the comments below! 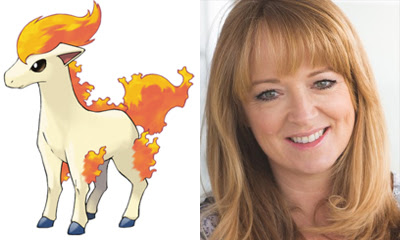 First up, who’s this flame-maned beauty?  Like Ponyta, Jenny Bradley can be a bit fiery at times, though treat her gently and she may offer you a ride (right, Johnny?) Just be careful you don’t get burned! 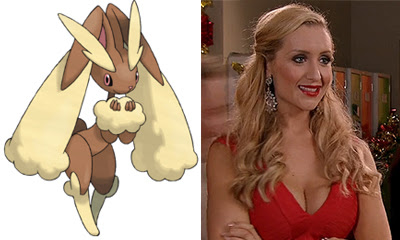 You may think that Pokémon’s just for kids, but the strangely alluring Lopunny has her fair share of grown up admirers in certain corners of the Internet. As the Street’s current sexpot, blonde bombshell Eva is certainly the Weatherfield equivalent of this beguiling bunny. 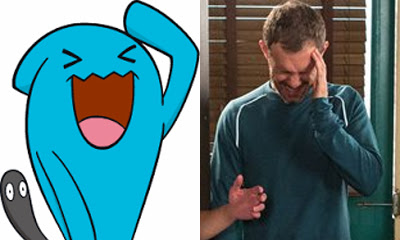 The blue garb, the squinting, pained expression, the hand thrust up to his throbbing temples… In this picture, Nick’s a dead ringer for Wobbuffet. Like his Pokémon doppelganger, Nick is usually fairly docile, but push him too hard and he’ll unleash a powerful counter attack. 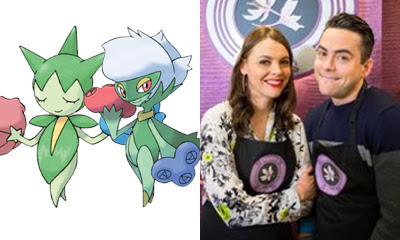 When selling flowers in Preston’s Petals, Tracy and Todd may seem all sweetness and light. However, behind their rosy exteriors, these florists pack just as much toxin as the Poison-type Pokémon Roselia and Roserade. 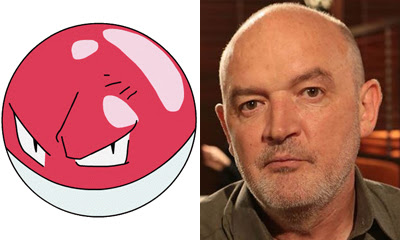 The scowling Electric-type Pokémon Voltorb puts me in mind of Corrie’s latest villain, the chrome domed Pat Phelan. Voltorbs are best known for looking a lot like Poké Balls, but appearances can be deceptive. This is something you should certainly bear in mind about Phelan, who’s currently charming the likes of Eileen and Yasmeen into thinking he’s Mr Nice Guy… 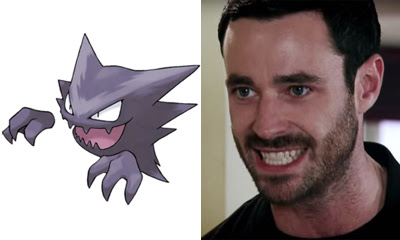 He may be six feet under, but drug dealer Callum is still haunting poor old Sarah Platt, who’s convinced he’s out to get his revenge from beyond the grave. With its evil eyes and sharp toothed grin, the Ghost-type Pokémon Haunter, like Callum, is a fearsome force to be reckoned with. 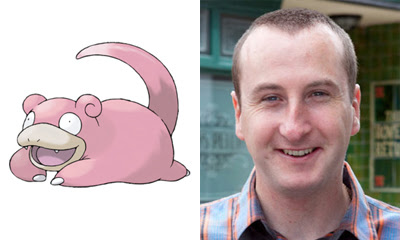 Poor old Kirk – some people just aren’t as quick on the uptake as others. The same is true in the Pokémon world too, with Slowpoke being the epitome of dim-wittedness. Just look at those big grins, though - ignorance is most definitely bliss! And don’t you just want to give them both a hug? 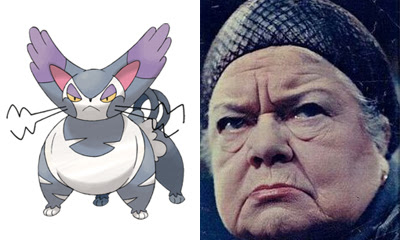 Onto a few classic Corrie characters now, and one of the Street’s most notorious battleaxes, Ena Sharples. Her stocky frame and permanent scowl remind us of Purugly – you’d better be prepared if you’re hoping to take this one on in a battle! 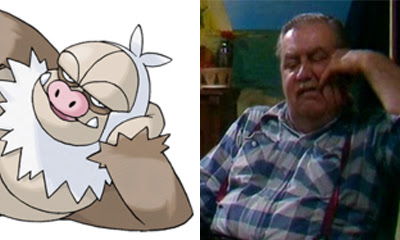 Hilda Ogden was always going on at husband Stan for being a bit of a slacker, which is why I’ve chosen the ape-like Slaking as his Pokémon equivalent. Slaking is apparently the world’s laziest Pokémon, spending all day lying down and lolling about. I’m sure it wouldn’t say no to a pint of Newton & Ridley’s either! 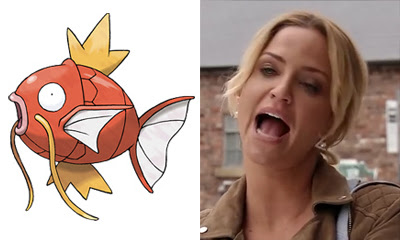 Finally, we have a creature that’s well-known for being a bit of a dud and a laughing stock, spending most of the time just flopping around and gawping. I’ve paired her up with Magikarp, which at least has potential if you give it enough training!