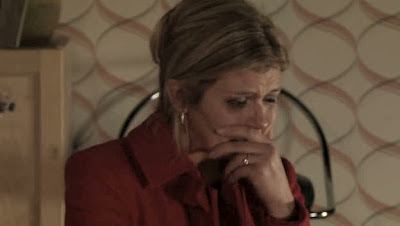 They always say that award: "Neither of us meant to hurt her, We tried to fight it, I hate myself for it" (hollow words. They mean nothing. If they did, you wouldn't have done it in the first place.)

Gossip Central award: Sally wasted no time spreading the gossip about the affair and later, the verdict, did she?

Perception award: Gold Star and the Oscar goes to... Frank Foster. Boy could he put a spin on what happened that night!

Mr. Cellophane award: Transparent Star: Steve is so obvious, I can't understand why Tracy can't see right through him and detect he was up to something.

Techy award: Milton had the whole "Beef Encounters" presentation on his laptop in days! 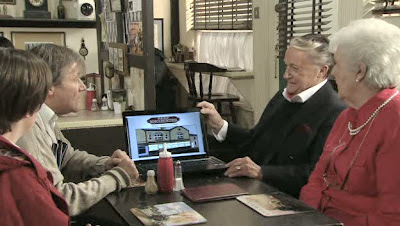 Snap to it award: Rosie snaps her fingers, Jason jumps!

Obligatory Trial outbursts: Leanne and Peter. You can tell the jury to disregard it but they've heard it. The door can't be shut on it. And there's always one to protest the verdict.

Botulism award: Carla doesn't keep her eggs in the fridge?

Made your bed award: Lie in it star: Peter keeps trying to dump Simon on Ken.


Majority Rules award: Carla has the majority share. Shouldn't her opinion on the business weigh a bit more?

Out of the cupboard: Sophie made another rare appearance. 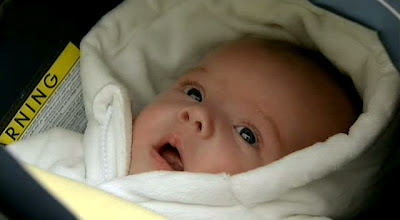 Tit for Tat award: Childish Star: Tracy and Steve's antics are so boring.


Lines of the Week:
Owen about Frank "Never mind being locked up, he should be put down"
Sally "Didn't you know? They're having an affair. Have been for ages. ... Cheers!" (*smack smack smack*)
Leanne to Peter "One thing was true. You were going to see a dog!" and "She gets the bling and I get the booby prize"
and "There's no such word as 'couldn't' only 'won't'"
Deirdre "A woman scorned is a very different kettle of fish from a man scorned" Ken "Tell me about it"
Milton to Hayley "People don't want food any more, they want ideas packaged as food." (not me)
Milton to Roy "Goodbye Roys Rolls, Hello Beef Encounters"
Roy about Milton "The Brashness! The contempt for the English language!"
Foreman of the Jury "Not Guilty"
Rosie "Jase! I'm a Celeb! Everything I do is news!" (Aw Bless her, she's thick as a brick isn't she?)
Deirdre "They're like busses to Peter, always another one along in a minute!" (Ha!!)
Tracy about Peter "He can't just dump Simon here" (ironic, much?)
Roy to Milton "As far as you find it possible, try to keep your mouth shut"
Beth to Julie "There's as much chance of peace between them two as you being a natural blonde!"