Why Weatherfield is its own town 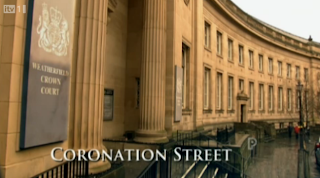 (This post was originally posted by Chewy on the Coronation Street Blog in February 2012.)

Following on from Scott's blog post earlier on about Salford being mentioned in the show. The writer of last night's Corrie, Jonathan Harvey, commented on the claims, he stated that Weatherfield was a district of Salford.


Being a Corrie obsessive I couldn't help but be slightly puzzled by this, since Weatherfield seems a fully independent town in itself. Over on my Weatherfield Recorder blog I put up several examples of this. Though I do think Jonathan knows his Corrie stuff, and I think we've probably got the wrong end of the stick. I have read that certain towns, such as Swinton are part of Salford and Greater Manchester, this is most likely where all the confusion is coming from, Salford itself is a city next to Manchester.