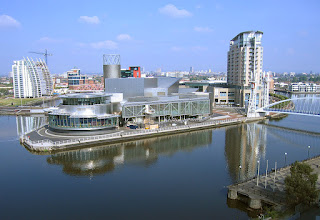 (This post was originally posted by Scott on the Coronation Street Blog in February 2012.)


First Roy said his cafe was on an "ordinary Salford backstreet".  Then Jason said he was just "a Salford boy".

The odd part of all this is that Weatherfield has always presumed to be Salford; in the fictional world of Coronation Street, the city across the Irwell doesn't exist.  Tony Warren based Weatherfield on Salford in the first place so we've always worked on the assumption that it's not there in Corrie world, in the same way that Metropolis or Gotham City are basically New York.  Weatherfield = Salford.

I think we should be told.