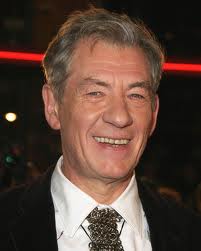 Recent blog posts got me thinking. First there was the news that well known actor Sue Johnston may be joining Coronation Street as Stella's mother. Then there was Scott's great post about changing Stella's character to inject a bit of her inner cow but perhaps not changing her into Cindy Beale mark II, Cindy being the character she played on that Other Soap for many years.  Michelle Collins is still identified with that role after a long time away from it and Sue Johnston is also well known for her previous roles.

Corrie has sometimes cast other parts with well known faces, both for long term characters and short term "guest" spots. They may be known for other soaps, other tv shows or even films. They've also recast characters with new actors, sometimes successfully and sometimes not. Over the years I've read comments on blogs and forums about this and in many cases, the feedback is negative. People seem to prefer unknown actors rather than see someone they identify as a different character.

My view? Why not use a known actor? You don't have to cast them all the time, but by the very nature of the business, actors play a variety of roles. Sometimes they get known for a particular role and sometimes we are used to seeing them as all manner of characters.

I've blogged a bit more about it over here. I say, bring it on.

Email ThisBlogThis!Share to TwitterShare to FacebookShare to Pinterest
Labels: actors