Corrie A-Z: E is for the Eighties 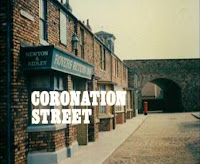 (This post was originally posted by Llifon on the Coronation Street Blog in May 2013.)

It is fair to say that between 1980 and 1989, Coronation Street saw some great changes. There were changes in the cast and on the street itself. By 1984, Ken Barlow stood as the only remaining original character still in the soap after the departures of Annie Walker, Elsie Tanner and Albert Tatlock – all within the period of over three months. During that same period the show lost three of its most popular characters in Len Fairclough, Eddie Yeats and Stan Ogden. With these huge losses, producers devoted their time to introduce new characters to fill the void: Phyllis Pearce filled the role of battleaxe in 1982 after Ena Sharples’ departure in 1980; Jack and Vera succeeded Stan and Hilda as looked-down upon neighbours in 1983; while Percy Sugden stepped into the shoes of grumpy war veteran Albert Tatlock in 1984. The Rovers went through much managerial change after Annie Walker’s sudden exit but in 1985 long-serving barmaid Bet Lynch stepped into the breach. The producers failed to integrate new family the Claytons into the street and they were quickly axed. I do believe Corrie is much stronger at introducing one character at a time than a whole family. 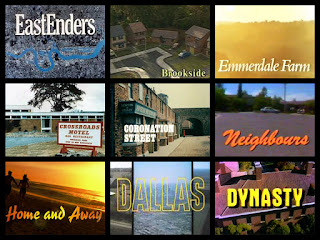 The 1980s was a decade which saw Coronation Street face competition from other soap operas. While Crossroads and Emmerdale Farm had been staples in the ITV schedules for many years, it was the introduction of grittier, hard-hitting soaps Brookside and EastEnders in 1982 and 1985 that made Corrie wake up to competition. Add to that Australian and youth-orientated soaps Neighbours and Home and Away that were also very popular when introduced in 1986 and 1989. Another factor was the success and popularity of American soaps Dallas and Dynasty. Corrie’s ratings remained high throughout the decade, but the threat from other soaps was much higher. In a bid to modernise the ancient-looking street, producers decided to knock down Baldwin’s factory and build new houses on the even side of the street that also included shop units and a garage. The change worked as those buildings still stand today, longer than anything that has been on that side of the street in the programme’s history. The construction of these houses and units provided a storyline in late 1989 and signalled a change in the street at the dawn of a new decade. The changes in the layout of the Rovers and the Corner Shop were also signs of the programme’s attempt at modernising itself. A new exterior set had been constructed in 1982 that made the set look more lifelike and was opened by the Queen. A third episode, broadcast on Friday, was commissioned in 1989. Now, soap operas had started to become lynchpins of the weekly schedules. A new age had begun.

The decade saw some of the most famous storylines of the soap’s history taking place. Deirdre Barlow’s 1983 affair with Mike Baldwin is up there with the most classic stories with the doorstep confrontation between Deirdre, Mike and Ken Barlow an iconic scene. This ignited the Barlow/Baldwin feud which lasted for many years with Mike even marrying Ken’s daughter Susan in 1986. Then there was the fire at the Rovers in 1986 which nearly claimed the life of Bet Lynch. The interior of the Rovers had a makeover as a result of the fire.

Another storyline that dominated the headlines in the late 1980s was Alan Bradley making girlfriend Rita Fairclough’s life a misery as he stole from her and cheated. When she found out about his misdeeds he tried to kill her. After months of terrorising the poor redhead, he met his maker by being hit by a Blackpool tram while chasing a terrified Rita on the promenade. His iconic death brought Corrie one of its highest ever viewing figures. Other storylines during the decade was Gail Tilsley’s affair with Ian Latimer, the death of Renee Roberts in a car crash, Emily Bishop marrying a bigamist, Mavis Riley and Derek Wilton’s double jilting, Brian Tilsley’s murder and Ken Barlow’s affair with Wendy Crozier. Weddings brought huge audience figures to the show with Ken Barlow and Deirdre Langton’s 1981 wedding bringing in 24 million viewers – more than ITV’s coverage of Prince Charles and Lady Diana Spencer’s wedding a few days later. Alf Roberts married third wife Audrey in 1985, Ivy Tilsley married second hubby Don Brennan in 1988, both Bet Lynch and Mavis Riley married for the first time: Bet to Alec Gilroy in 1987 and Mavis to Derek (at last!) in 1988. 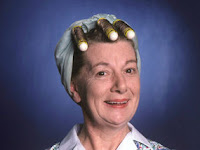 While the show had lost some of its most iconic characters in the early 1980s, its biggest casualty to date was warbling char Hilda Ogden. She hung up her curlers and took her flying ducks to her new home in Derbyshire when she became a doctor’s housekeeper. The residents gave her a wonderful send-off on Christmas Day 1987 and she bid farewell with her swansong ‘Wish Me Luck as You Wave Me Goodbye’. Jean Alexander, who played Hilda, no doubt could sense the change in the programme and chose the perfect time to depart. While we bade farewell to an old friend, we welcomed others like Kevin Webster, Curly Watts, Percy Sugden, Phyllis Pearce, Martin Platt, Sally Webster, Reg Holdsworth and the McDonald family.