Give it a rest, Rita! 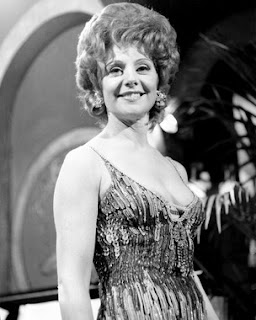 (This post was originally posted by Clinkers (David) on the Coronation Street Blog in June 2013.)

Well, aren't we all having a lovely time with the surrogacy storyline? It has certainly engendered one or two comments and has made us re-assess one or two of the characters.

The cobbles' very own 'everymum' Anna Windass is now a shrewish old trout. We once felt sorry for Izzy but of late she's morphed into some gimlet-eyed harridan. Okay, she has her reasons, but enough already. Gary has gone from being moody to creepy and as for Tina, well it's a case of 'me me me'.

Unfortunately there is someone else who has begun to rattle my cage of late. It's a controversial one too as the person who I am pointing at is Rita. Dear old Reet. We've travelled down the years with her and watched from a distance as she settled into her village wise-woman persona, dispensing advice and cheques with abandon. For others though, she may simply be a meddlesome old ratbag, buying her way into the affections of others and peddling her sanctimonious views from the moral high ground.

Of course, Rita has mellowed with the years but look back to her golden years in the 1970s. She wasn't much to shout about - a second-rate cabaret singer, living over t'brush and with a line of spite often aimed at her dithering assistant Mavis. We remember Reet and Mave, quite rightly, as one of the Street's classic double acts but Rita could be nasty to her at times.

Fair play to Mrs Littlewood-Bates(kind of)-Fairclough-Sullivan-Tanner though. She worked long hours in the Kabin and managed to drag husband Len up and out of his squalid existence at number nine. Rita is no stranger to sadness and maybe this has sharpened her edges and gives her the confidence to dispense tough love where needed. With Dennis Tanner she seems to have found, we hope, lasting happiness. As we watch her moral compass wobbling all over the place, thanks to the confused and misguided Tina, Dennis will be there to steady the ship.

A bit of advice though Rita. Put that cheque book away, ditch the young fogies (imagine waking up to see Tommy's face every morning - it must be like finding an Easter Island statue parked up in your front room) and show the likes of Gloria that being in your golden years does not mean you have to become an unpleasant baggage.