Corrie A-Z: E is for Exits 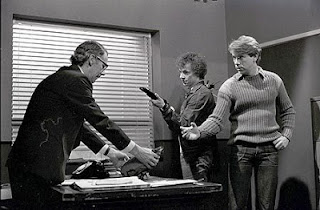 Coronation Street has seen many exits over the years – deaths, midnight flits or characters moving away. Deaths prove to be ratings winners and soap deaths are the most iconic of all TV deaths.

Dramatic Corrie deaths include Ernie Bishop being shot, Brian Tilsley being stabbed, Alan Bradley getting hit by a tram, Patricia Hillman getting hit by a shovel, Maxine Peacock by a crowbar, Richard Hillman driving into the canal and Tony Gordon perishing in the factory fire. Then there are the tragic deaths of Molly Dobbs and Ashley Peacock in the 50th anniversary tram crash. 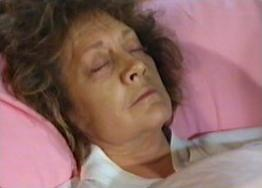 Then there are those quiet, poignant deaths of well-loved characters. Martha Longhurst, Alf Roberts, Alma Baldwin, Ray Langton and Jack and Vera Duckworth all passed away quietly but made the nation reach out for its box of tissues. And even off-screen deaths can have a great effect on viewers – with the likes of Jack Walker, Stan Ogden, Blanche Hunt and Betty Turpin coming to mind. On the other hand, some deaths have been sudden like Derek Wilton, Mike Baldwin and Fred Elliott that have also had a great effect. And the tragic deaths of young residents of the street like Valerie Barlow, Janet Barlow, Renee Roberts, Lisa Duckworth, Des Barnes, Judy Mallett, Katy Harris and Liam Connor.

Exits also come in the form of midnight flits like Elsie Tanner, Bet Lynch and Liz McDonald who left the cobbles overnight without saying goodbye to anyone. 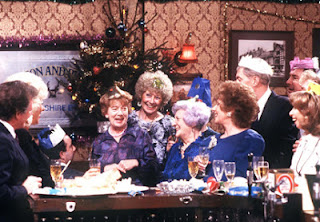 And there are the ones who departed by leaving the area to start afresh. Usually they get a nice send-off like Hilda Ogden and Mavis Wilton.

Some characters have left without an exit storyline (Ena Sharples, Annie Walker, Phyllis Pearce) while some have had mediocre exit storylines even though they’d been in the programme for years (Percy Sugden, Martin Platt). Others have had to be written out for off-show reasons (Len Fairclough, Lucille Hewitt, Bert Tilsley, Les Battersby).

And then there’s the death of Teresa the turkey!

Who had the best exit for you? And what makes a great Corrie exit – explosions and drama or poignancy?