(This post was originally posted by Clinkers (David) on the Coronation Street Blog in June 2014.)

By the 'eck, Martha Longhurst, that was quite a week we've just had in Weatherfield. No sooner had Tina's tan stains been washed from t'cobbles, than the twitching finger of suspicion began pointing in certain directions. 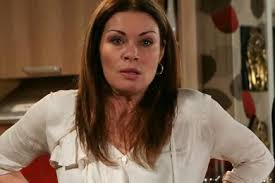 Arguably, all eyes were on Carla Barlow . . . err "the name's Connor". Okay, so we know she's going through a grim period in her life but does she really want to revert to the name of a former husband who died whilst kidnapping a prostitute in the boot of his car? It's often been mentioned that Carla is the new Elsie Tanner. However with her constant emotional battles and her unfailing resilience, she's possibly more of a new Bet Lynch. For Bet, it was always a case of slapping on the make-up and stepping out behind the bar. Carla's line of defence is the factory. Whatever else life throws at her, the factory is a constant.

Where does Carla go from here? Many people have commented over the wasted 'baby' storyline. If ever there was an unlikely parent, then it was Carla. Possibly the writers feel they can do more with FaktryCarla than MummyCarla but it does appear to be an opportunity squandered. As the years go by though, the many layers of Carla are exposed. The viewer gets to see her in a new, more sympathetic light. She's more than a raven-haired backstreet bitch with a clunky handbag. Carla's new-found friendship with Roy also acts as a mechanism by which we gain access to her 'other' self and so as the years roll by, the once unpalatable Carla becomes someone we are rather fond of.

A brave move next would be for Carla to meet a new man, someone not connected with knickers or booze. A man who doesn't feel that he has to prove his love by becoming a serial killer, arsonist or alcoholic. Someone who is happy just to be with her. A quick, unexpected romance with a surprise pregnancy and maybe even roses around the door. However, this is Weatherfield. The likelihood is that before we open the first door on our Advent calendars, Carla will probably have bedded Kal and so a whole new war with Leanne will kick off. Round we go again and that would be much to the detriment of Carla.

Elsewhere, we ask that Michelle, she of the 'Endora from Bewitched' eye make-up, falls from a balcony very soon. You know that things are bad when Tracy suddenly begins to emerge as the more reasonable of the two. The latest episodes have seen Michelle at her most vitriolic, playing opposite a ridiculously feeble Liz. Unbearable scenes in the Rovers which felt like the writers had simply forgotten who the characters were. Get Michelle sorted out - or ship her out. 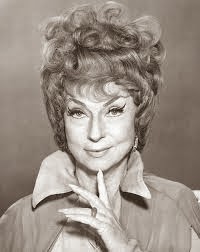 Sally and Tim are an absolute joy at the moment. Lovely acting from Sally Dynevor and Joe Duttine make their scenes great fun. A classic Corrie couple in the making? Elsewhere it was good to see Maddie showing Luke how to deal with customers, Amy showing disdain for her low-placing in a talent show and Rita blethering on about why she always ends up on her own. It's taken eighty-odd years but perhaps the penny has finally dropped.

Let's raise a glass of -  non-alcoholic -  champagne though to Alison King and her outstanding performances this week. Amidst the gloom of a grim storyline, she shone.