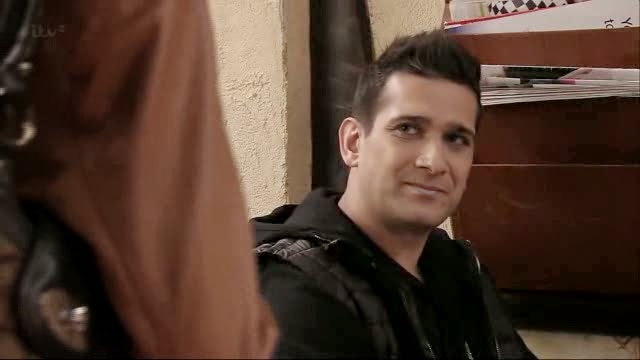 Puppy Love award: Kal looks like a lost puppy when he looks at Leanne.

Penny drops award: Tyrone finally realized Maria's been manipulating him, minutes before Fiz calls Maria's phone and he realizes she was behind it all. leading to...

Skiving award: Peter and Carla take the afternoon off. The whole factory walks out early.

David Bowie award: Peter's Under Pressure. An ultimatum is not the best way forward. He gets the Pity Party award, too. 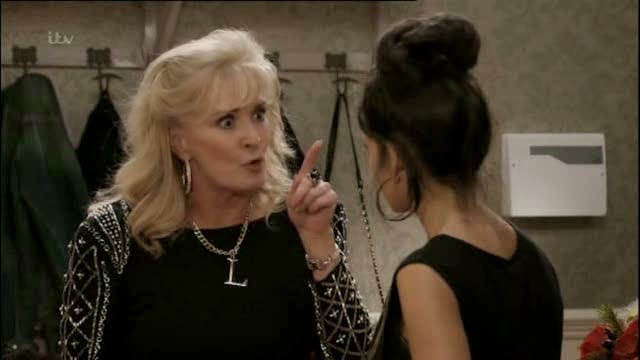 Red Cape to a Bull: Tracy really knows how to push someone's buttons doesn't she? She sure had Tina over the bar with that remark about her father.

Welcome Back award: I don't know where Liz has been, but she made a welcome and cracking return when she told Tina off well and proper.

Pants on Fire award: Peter totally did not mean that promise to run away with her tomorrow.

Rock and a Hard place award: Peter doesn't want to go but can't tell Tina because she'll go to Carla and he most certainly doesn't want Carla to know about Tina. 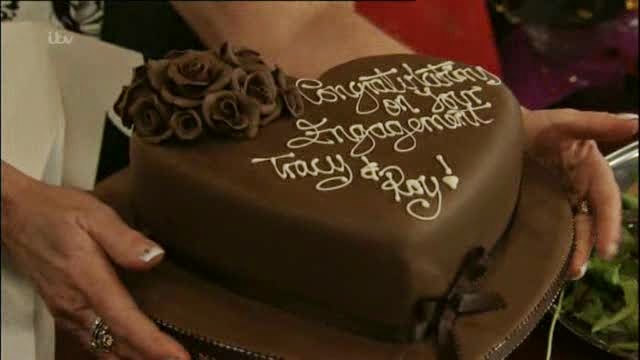 Lines of the week:
Tina to Tracy "The only thing that confuses me is how you find the time to be a complete and utter bitch" Tracy "I set my alarm early" (I hate Tracy. But that was a top retort!)
Tracy, never one to rest on her laurels "You're about as good a barmaid as your dad was a swimmer" (snort!)
Peter "Even Kirk's going to seem like stimulating company"
Tracy to Rob "You're like Norris's mini-me"
Rob "Tracy Lynnette Barlow giving a damn about what people think." Tracy "And actually, I don't give a damn. I just want to rub people's noses in it" (and they aren't taking the bait!)
David about Maria "She's about as scary as an Arctic Roll"
Tina on her plan "There's some fine tuning we need to do"
Tony "You've got the mouth, but have you got the bottle?"
Gail about Alton Towers theme park "There's a ride there named after me. Gailanator. Scariest Ride there!" (not surprised)
Sally "Mrs. Barlow's just given me a cake. It's a bit embarassing when you're the boss's favourite" (Sally does make me laugh!)
Gail "A conjuror does tricks, Mr. Nazir. I do solid, hard graft"
Steph to Tina "You are by far the stoppiest person I have ever lived with"
Peter "How do I break that to Tina without her running straight to Carla?"
Carla to Rob "Congratulations! These aren't gritted teeth!"