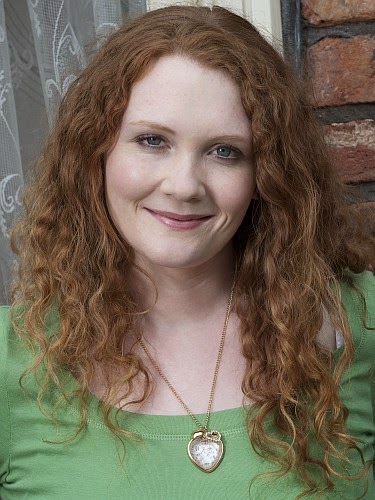 This just in via Digital Spy which is then via Twitter. Jennie McAlpine announced on Twitter that she and her partner Chris Farr are expecting a baby.

She and Chris have been a couple for 9 years and own a Manchester city centre restaurant, Annie's. Jennie has been on Coronation Street since 2001.

Once Tyrone and Fiz recover from Maria's misguided campaign to split them up, maybe the powers that be will write Jennie's pregnancy into the show and Tyrone and Fiz will have a truly blended family, with a wedding to top it all off. That's my wish.

Congratulations to Jennie and Chris from all of us here at Blog Towers!

So happy for Jennie. I like your idea for a story for Fiz and Tyrone.