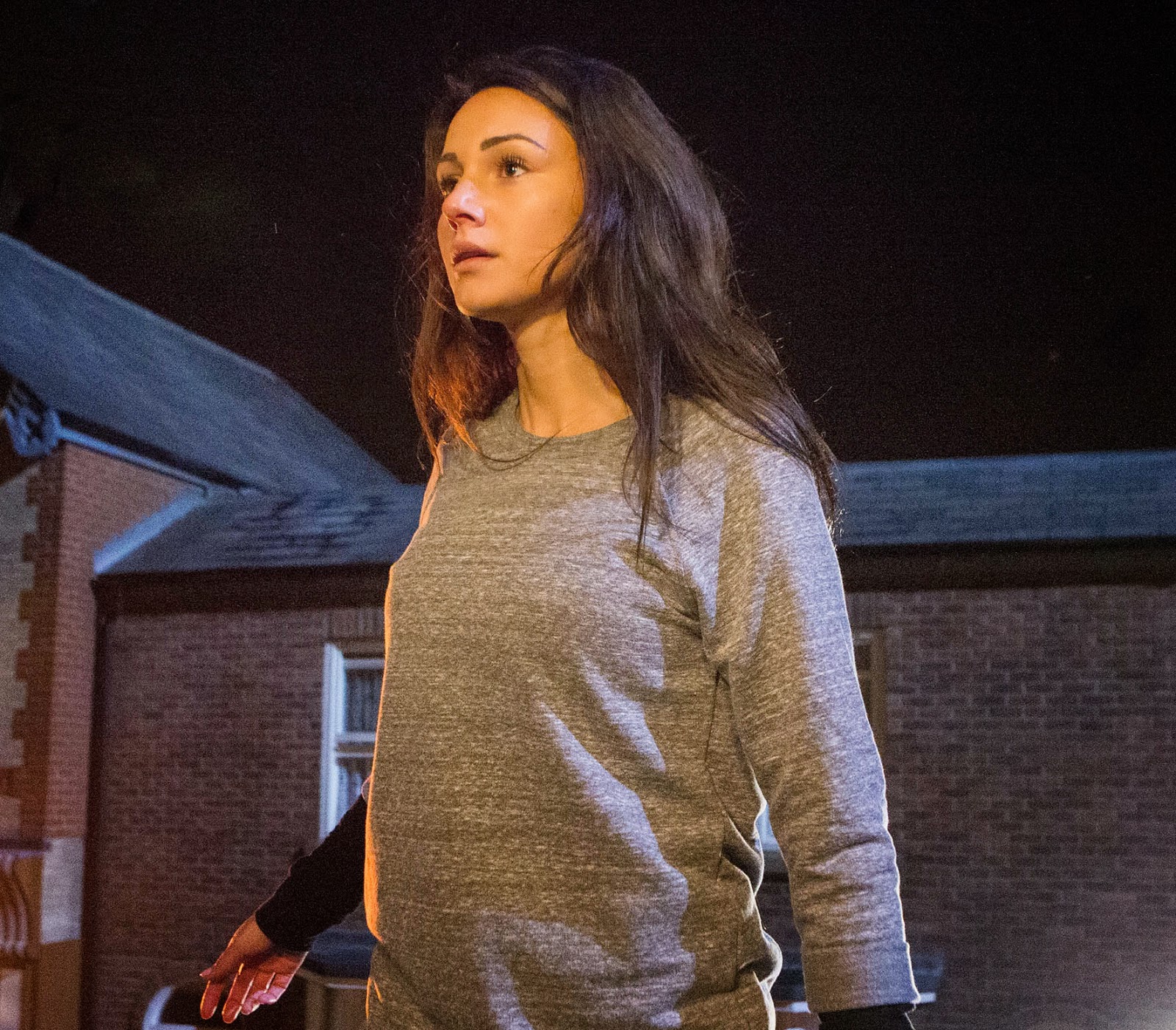 (This post was originally posted by Emma Hynes on the Coronation Street Blog in May 2014.)


The sun may have been shining on the streets of Salford yesterday, but a dark shadow hung in the air in the form of soap’s best kept secret, as the question on everyone’s lips is “Who kills Tina?”

I have had the privilege of seeing an exclusive preview of the two gripping episodes which culminate in Tina’s fall from the builder’s yard balcony on to the cobbles.

While secrets in soapland inevitably struggle to be kept, my lips are very firmly sealed on this one, as I have been sworn to secrecy. However, what I can promise fans is that a gripping, edge-of-the-seat climax awaits, and next week viewers will see Corrie at its very best. Even with all the high drama, its trademark combination with some sublime comedy is a real treat.

Following the screening, Michelle Keegan and producer Stuart Blackburn were on hand to whet our collective appetites with some behind the scenes information on Tina’s demise and what may lie ahead. On a personal note, I found them both to be very pleasant, passionate and engaging throughout.

Stuart opened by saying that next week’s episodes and those following it are only the start of the story, and a prologue to an autumn season which will be “thrilling and explosive”. While the drama to come promises to be “dark, dangerous, exciting, shocking”, he assures us that Corrie will not be without its humour.

Mindful of the fact that she joined Coronation Street as an unknown actress, Michelle is very grateful to be leaving with such a massive storyline six years later despite her initial shock that her character was to be killed off. However, she does really feel for Tina who after a relentless run of tough times will never find her happy ending. “She’s not a bad person,” she explains, “she just made poor choices”. In these, her final episodes, Michelle’s exquisite performance invokes a powerful sympathy for Tina despite her wrongdoings.

Stuart explained how he was torn between his desire to leave the door open for such a great character, and the quality and potential of the storyline which was being presented to him, even though its description made for “horrible” listening, and he felt for Michelle, who says she understands why he felt the opportunity was just too good to miss. He had very high praise for her exceptional talents as an actress, which is well warranted, and he is confident that her future is bright.

Michelle talked about her house in Essex and how moving down to London was always her plan. She discussed her relationship with Mark Wright, his visits to the set, and how he helped her with her lines, playing all parts from David to Rita but minus the accents. She also mentioned that she had done some auditions, including one for a new American series, and discussed how it feels to be auditioning again, especially considering Coronation Street was only the second one she's ever done. Stuart noted that never before had he come across someone who impressed him so much in the first thirty seconds, that he found himself immediately thinking, let’s get writing for this person.

Michelle explained the fall from the balcony in detail, and described her fear of heights together with the 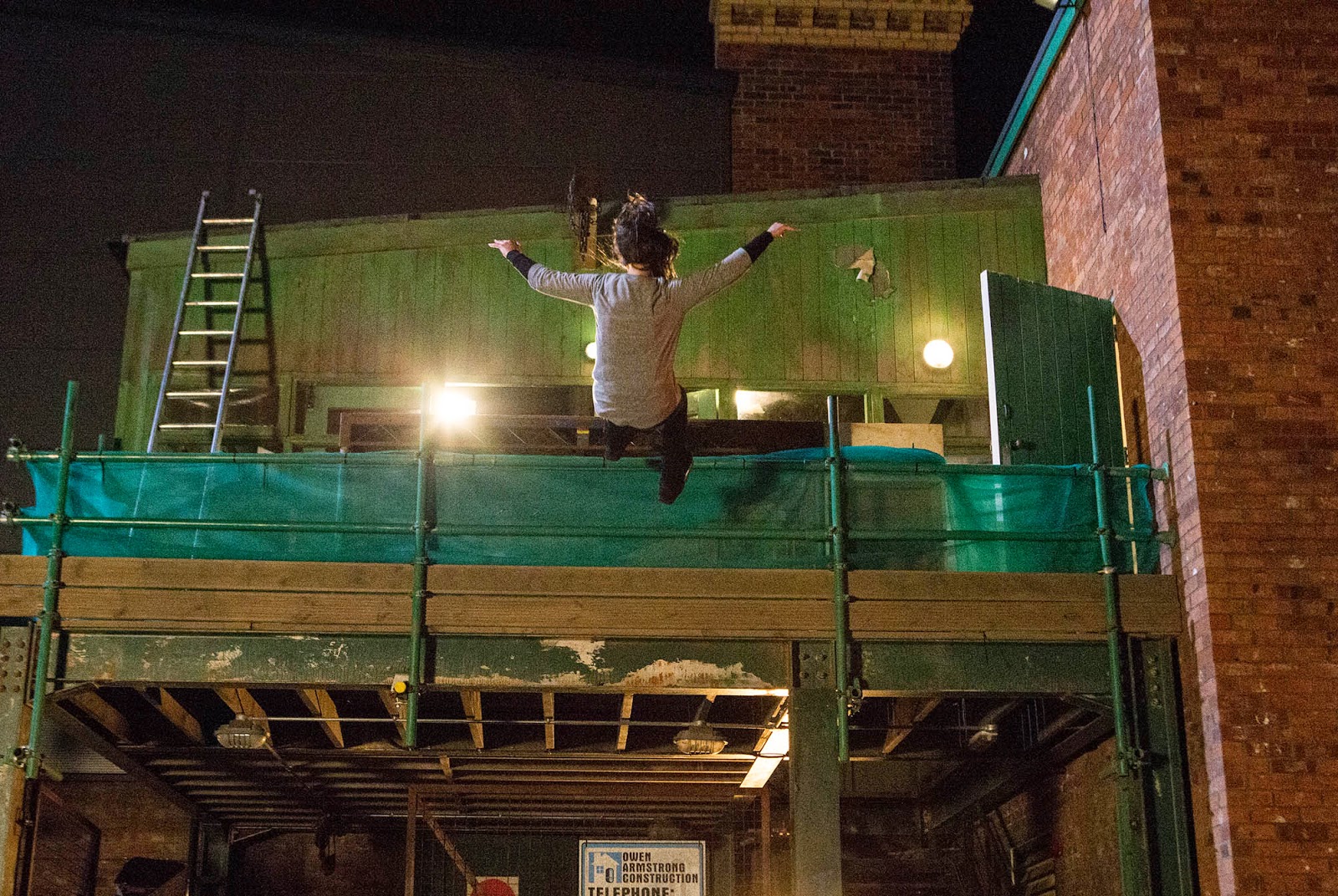 pressure of having so many people watching. Such was its intensity that she received whiplash as a result.

She won’t miss Tina’s clothes, but has taken a few mementos including a couple of hoodies and earrings, but she has no plans to wear them. In the main she says it’s Tina herself she will miss.

Despite Tina’s vulnerabilities, she is also strong and confident in other ways, and I asked Michelle if she ever felt empowered by playing her, or learned anything from the character. She said while she hasn’t learned anything from Tina as such, she would sometimes emerge fully charged after a scene which could help in tackling something head on in real life.

Considering how capable she is of an emotionally powerful performance, I asked her if it was difficult to come down after such scenes. It’s hard, she explained, especially when it’s really heavy over a sustained period of time. Michelle described how she was upset for months when Tina’s father Joe died, and how she felt like her body was going through a grieving process, even getting cold sores from exhaustion. She doesn’t have to go someplace in her head to become sad or emotional for scenes, she has the ability to draw her emotional response from the story itself.

In the week leading up to her death, Rita, David, Fiz and Tyrone are among her hospital visitors as she battles for her life. She spoke of the time spent lying unconscious and what it was like to have prosthetics applied to one of her eyes.

Michelle revealed that her actual final scene is not the fall, but an earlier one with Rita, and this proved very emotional. Further, Rita is with her as she dies. Michelle described how moving and real the experience was for her as she could hear the circumstances of her death unfolding around her while lying there powerless, just as one could imagine it might be. Stuart Blackburn explained that they tried to portray her death as close to real time and real life as they could, and that this has resulted in a very upsetting portrayal.

As if there weren’t enough reasons to make sure we don’t miss a second over the next week and beyond, I'm told there’s to be a major twist on Wednesday the 28th of May. With the sparkle barely settled following Coronation Street's BAFTA win on Sunday, the episodes which await are continuous proof of its worthiness of the accolade.