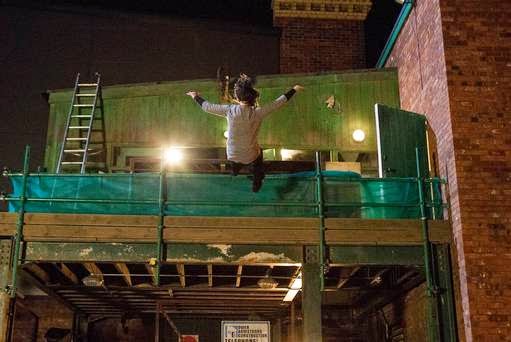 (This post was originally posted by Chewy on the Coronation Street Blog in May 2014.)

Tonight's episode was fantastic, and I really enjoyed it. Though one thing surprised me, since when does Tina's flat have access to the builder's yard balcony?

So I decided to root through my photos of when I visited the set a few years back, and it turns out that that door has actually been there the whole time, though we've never seen anyone using it before now. 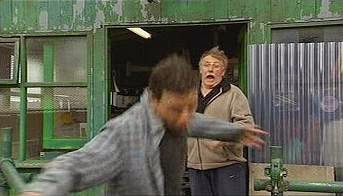 Jason might want to think about closing that door off, since the builder's yard seems like the most unsafe place on the street, especially when a little tampering by someone like David Platt can send someone falling to the cobbles below, as he found out himself a few years back.

Email ThisBlogThis!Share to TwitterShare to FacebookShare to Pinterest
Labels: continuity