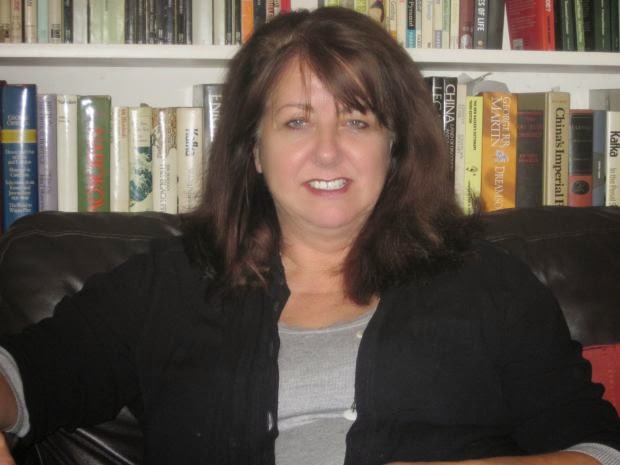 (This post was originally posted by Martin Leay on the Coronation Street Blog in May 2014.)

A few years ago, I had the pleasure of attending a London Writers’ Workshop led by the successful Sci-Fi writer, David Wingrove, and his wife; the acclaimed novelist and scriptwriter, Susan Oudot. It was a fantastic day and I was delighted, about a year later, to see Susan’s name crop up on the credits of Coronation Street. She has been writing for Corrie since July 2012 (check out her writer profile here). Susan very kindly agreed to share her experiences with readers of the Coronation Street Blog:


Martin Leay (ML): Were you a Coronation Street fan before you started writing for it? How did it feel to see the set and watch your work on screen for the first time?

Susan Oudot (SO): I was brought up on Coronation Street – Ena, Elsie, Hilda. It was a huge part of my childhood and in fact one of my biggest regrets is that my Mum and Dad aren’t alive to see my writing credit – I think they’d have been dead chuffed. When I first saw the Street it was a bit weird actually; it’s so familiar that when you’re standing in front of the Rovers it seems strangely normal. When my first episode went out I had a load of mates and family round for a party. I’d already seen the ep so we just waited for my name to come up on screen. Everyone duly cheered then we got on with the drinking.

ML: Can you tell us a bit about how the Corrie scriptwriting process works?

SO: Every three weeks writers are allocated an episode to write, and we have two weeks in which to complete it. In the meantime we attend a conference at Corrie to discuss the next phase in each of the current story strands. So, as well as writing scripts, it’s the writers’ job to come up with story pitches. So, basically, when we’re not at conference we’re busy writing an episode, re-writing other episodes, and creating new storylines. 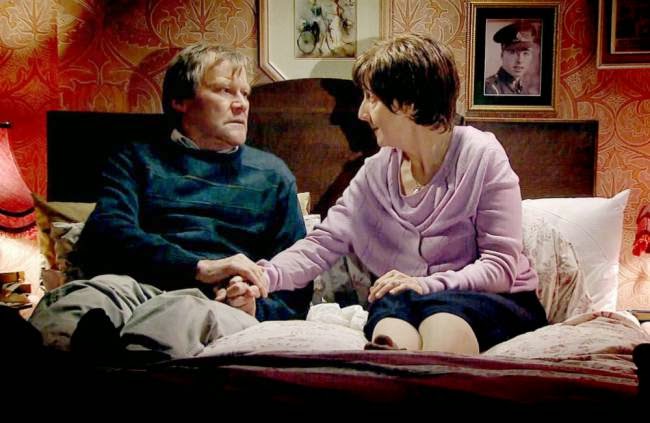 ML: You’ve worked on some cracking storylines. What episodes are you most proud of? Is there a favourite scene or line that you’ve written?

SO: The Kirsty and Tyrone story was great and I really enjoyed writing the courtroom scene where Tyrone is on trial and Kirsty arrives unexpectedly. Roy’s search for his dad was another story with emotional depth, and, of course, the episode dealing with the aftermath of Hayley’s suicide. I was in tears! Poor Roy! In fact, thinking about whether I have a favourite line, I’m reminded that Roy had only one word to say in the whole of the first half of the episode and yet was its central character. Which only goes to show that sometimes the power is in the stage direction not the lines. Especially when you have an actor as good as David Neilson.

ML: Coronation Street strikes the perfect balance between comedy and drama. Which do you prefer writing?

SO: I think Corrie is brilliant at getting that balance right. It has many excellent actors who are great at doing comedy and so it’s a joy to write. But I guess if I had to choose, I’d always go for the strong dramatic storyline – it’s meat and drink to a writer.

ML: Are there any characters from Corrie’s past you would have particularly enjoyed writing for?

SO: I think Hilda Ogden would’ve been a dream to write for. And Ena Sharples too, of course. It’s great to write for characters who speak their mind and say things other characters wouldn’t.

ML: Does the dialogue on screen ever deviate from the script?

SO: Actors inhabit their characters so – provided we give the right stage direction – we know they’ll deliver a line in a certain way. So when you write a line you’re aware of what that actor does and how he/she plays that character. The looks and expressions they have in their armoury. It all feeds in. Sometimes dialogue will deviate slightly from the script but, to be honest, I’m really impressed by how well they learn lines given the pressure of producing five episodes a week.

ML: How much interaction is there between cast and crew? What’s the Corrie Christmas party like? Any interesting stories you can share?

SO: I’m a relative newbie on the show so don’t really know the cast as well as some other writers. Having said that, we don’t really interact a great deal as they’re busy filming and we’re busy either writing or trying to think up their next storyline. The Christmas Party was a hoot though!  Sorry, my lips are sealed. ML: There have been many guest actors over the years. Who would be your dream cameo to write for and what storyline would you create for them?

SO: Ooh, that’s a hard one. I think it might have to be George Clooney, who turns up at Roy’s Rolls in search of one of them posh coffees he likes and looking for his long-lost cousin, Deirdre. Now that’s one encounter I’d like to write.

ML: How does it feel as a writer when Corrie wins awards – for example, this year’s National Television Award for best serial drama?

SO: It’s always nice to win awards, whether it’s one that’s been voted for by the public or by your peers. As a writer you want to tell good stories, produce good work, and I suppose awards are affirmation that we’re doing just that.

ML: You started your writing career as a novelist before adapting “Real Women” for the screen and building a successful career in TV. Was it a challenge to make the leap to screenwriting?

SO: It was definitely a challenge. Before I adapted Real Women I’d never even seen a script. But the advantage of having that as my first project was that the characters and story already existed, so half the job was done already. The skill I had to develop was finding the best way to tell that story for the screen. A very different medium. Although I’ve published four novels I am by far and away more comfortable writing scripts than prose.

ML: How does Coronation Street compare to your previous work for television?

SO: Writing on a soap is very different to my other experiences writing for TV. In the past most of my work has been original drama conceived, created and developed by me: I came up with the characters and plot; discussed the work in detail with the director and was on hand during filming with ‘helpful’ comments! On Corrie the characters already exist, you’re given the story beats for your particular episode, and because of the quick turnaround there is no time to go on set. Having only ever written by myself, the nice thing about working on Corrie is the collaborative process. Each writer is responsible for his or her individual episode, but the process of developing story is where we work as a team. I enjoy that.

ML: How is continuity achieved when different writers work on particular Corrie storylines?

SO: The Storyliners and Script Editors are there to ensure continuity of story, but in terms of continuity on the part of the writers, I suppose it’s all about getting ‘the voice’. Lines of dialogue shouldn’t be interchangeable, by which I mean that if I were to write the same line for Roy and for Dev, say, it would read differently because they have different speech patterns and personalities.

ML: Do you have any tips for aspiring writers?

SO: First and foremost I’d say, write about what interests you and don’t try to copy somebody else’s stuff. You can bet your life hundreds of other people are doing just that and by the time you’ve finished whatever it is you’re writing, that particular fad (werewolves, lottery stories, whatever) will have passed. Secondly, don’t be in a rush to start before you’ve really thought about what your book/script is about and before you’ve developed the story and structured it. At this moment in time I think it’s easier for prose writers than scriptwriters to find outlets for their work. With anybody able to ‘publish’ an e-book, and with social networking there to promote it, novels are a possibility for anyone with the stamina to finish one. With TV scripts ultimately you need someone to take it to a broadcaster, so the do-it-yourself possibilities are more limited. But I do know someone who shoved his script through a producer’s letterbox and ended up with a three-part serial on BBC1! So never say never!

ML: Are you working on anything outside of Corrie?

SO:  Yes, I have a couple of projects in development. But at the moment the one that’s taking up a bit of my time is a short documentary film I’m writing, directing and producing. It’s called The Square and is about the place in north London where I grew up and the community it spawned between the 1930s and 1972. A real departure but I’m enjoying the challenge.

Thank you very much to Susan Oudot for taking time out to do this interview. I can’t wait to see what she comes up with next!