Back to the 80s - Beth and Kirk's wedding 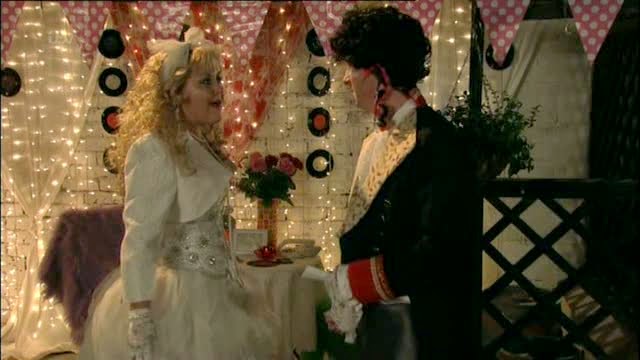 Now then. Wasn't that one of the best Corrie weddings ever? Of course the groom was going to show up, I never doubted he would for a minute, even after his self esteem crisis that week. Kirk was scared of messing up on the big day, that was all.

There were tears, fights, duplicate Madonnas, wedding day shenanigans and a sobering backstory while Steve struggled and Liz finally seeming to realize there was something wrong with her son.

There was a couple of really irritating things as well. If you were responsible for a wedding reception venue, would you take off on the day of the party to go shopping, leaving only two staff members behind the bar, knowing the two of them can hardly manage to stay in the same room together? And would one of those two, even if her name is over the door, decide to walk out, leaving the other on his own to handle the whole thing? That's irresponsible even if the one left behind was fully compos mentis which Steve isn't. Nobody knows the reason why Steve is acting the way he is but they do know he's been, as they see it, irresponsible, lately. Why would they even think he would suddenly snap out of it under that kind of pressure?

And the other thing is bloody Maria and Luke. Hot. Cold. Hot. Cold. She doesn't want to be forced into anything she doesn't want. Then smiles, and asks Luke back to her flat for a bit of How's Your Father? Really? Make it stop, someone. Please. 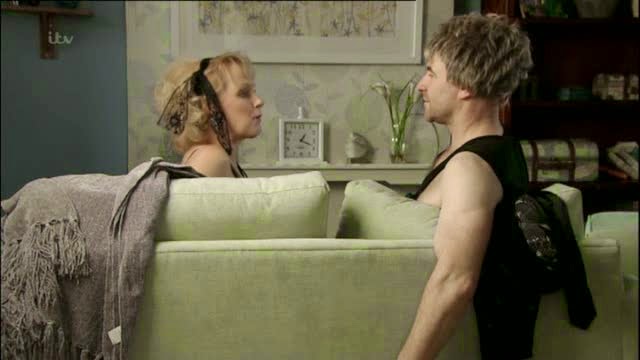 That aside, though, there were some excellent lines and some really funny moments. There were great costumes, too! (Who was the person in the background with the Tina Turner hair!?) What is it with Sally and weddings lately? She and Tim were bonking at Carla and Peter's wedding and this time they didn't even make it to the wedding at all! Tim must be way hotter than Kevin where it counts, that's all I can say!

Poor Julie had to contend with wedding cake fail, to be rescued by Mary and then had to watch Sinead's mother paste herself all over Dev who seemed to be enjoying the attention even if he wasn't really joining in. She told her rival what for, though and Julie can command the room with the strength of her "LADEH!", right up there with Bet, Rita and the queen of it all, Elsie Tanner!

Quite possibly my favourite line of the night was Julie's "Weddings! Alcohol and Polyester! It's a powderkeg waiting to blow!"

Sweet moments included Kirk's back yard fairyland, decorated for he and Beth if they needed some "us" time and Kirk's many sweet things he said to and about Beth.

I've blogged the wedding day over here with lots more photos. Have a look and let us know what you thought about the wedding.