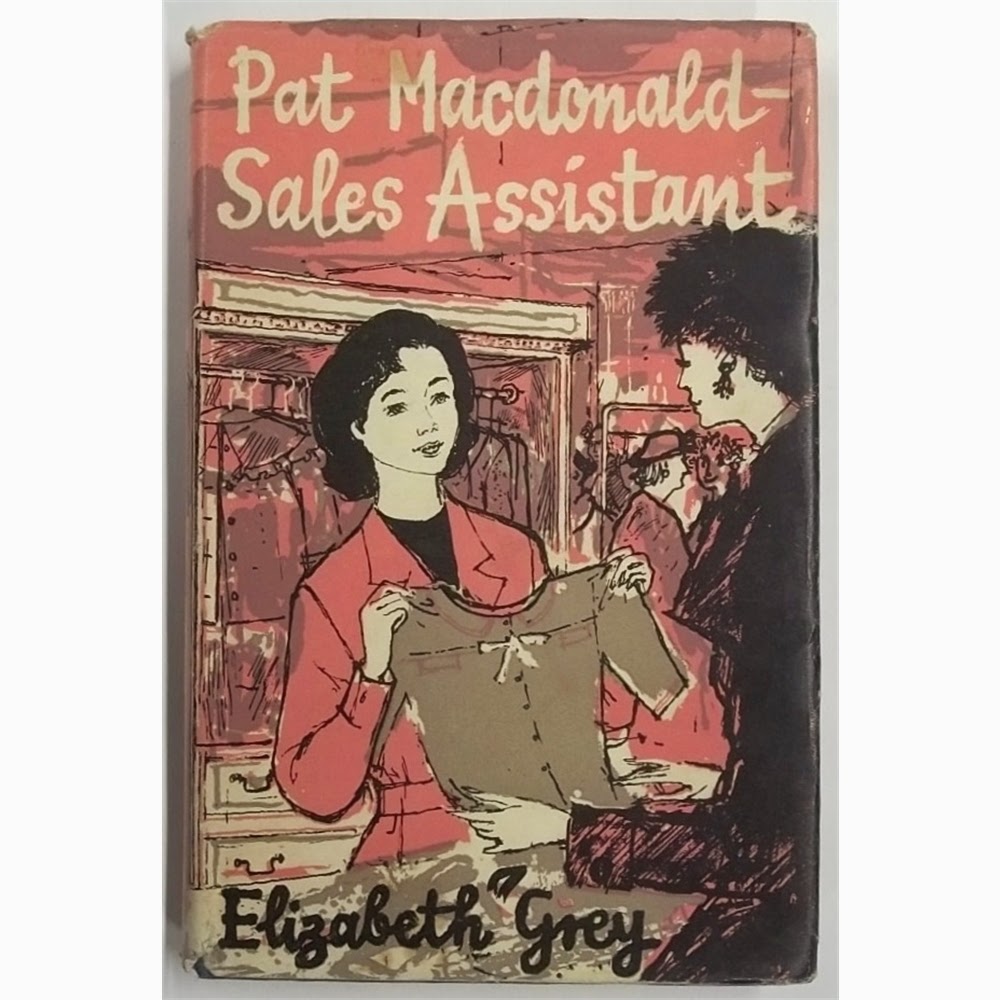 (This post was originally posted by Scott Willison on the Coronation Street Blog in December 2014.)

Back in the Sixties, they used to make career novels for young ladies to encourage them into suitable areas of employment.  Things like Air Hostess Ann and Fanny in Floristry.  These books existed to get schoolgirls enthused about the world of work, right up until they got married and devoted their lives to their husbands instead.  They don't print them any more, because they'd have to be called things like Call Centre Clara and Zero Hours Zoe and everyone would get terribly depressed.

It's a shame Weatherfield Library has closed because Katy Armstrong could do with a couple of these books; Yasmeen doesn't strike me as the kind of woman who'd update her stock very regularly so I'm sure there would have been some floating around.  Katy's been wandering around like a lost soul ever since her heartfelt desire to be a paramedic - a heartfelt desire prompted by nothing more than a chat from a slightly fit bloke - was destroyed by her hatred for blood.  One would have thought that an intelligent person might have realised that paramedics would occasionally see a drop of the red stuff, but as I said, this is Katy.  She seemingly thought paramedics just turned up and stuck a plaster on an owie.

Katy has never struck me as a particularly entrepreneurial soul.  She arrived in the Street for Chesney's birthday party and immediately agreed to go out with him.  This was despite the fact that she looked like a gymslip Lolita and Chesney looked like... well, Chesney.  No matter how much iron he pumps he always looks like he was put together out of plasticine by Aardman. 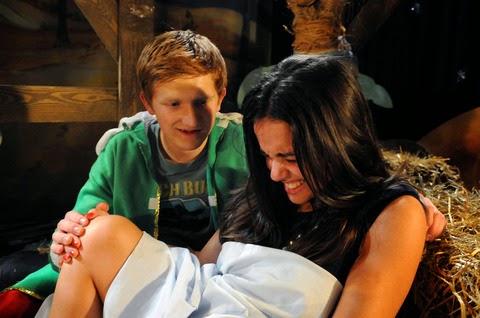 After Katy and Chesney had been together for about eighteen seconds, they took the extremely mature decision to have a baby together.  Baby Joseph was born during the school nativity; their choice of name makes me think Katy and Chesney misunderstood the Christmas story.  Normally two teenagers having a child would cause all sorts of tragedies, with their lives sadly devastated by the effort of taking care of a new human being.  Luckily for them Joseph is Weatherfield's equivalent of the Cheshire Cat; he only fades into existence when he's needed.  Most of the time he's... somewhere.  I'm not sure where - a parallel universe?  Brigadoon?  Certainly his parents seem to have better things to do than look after him. 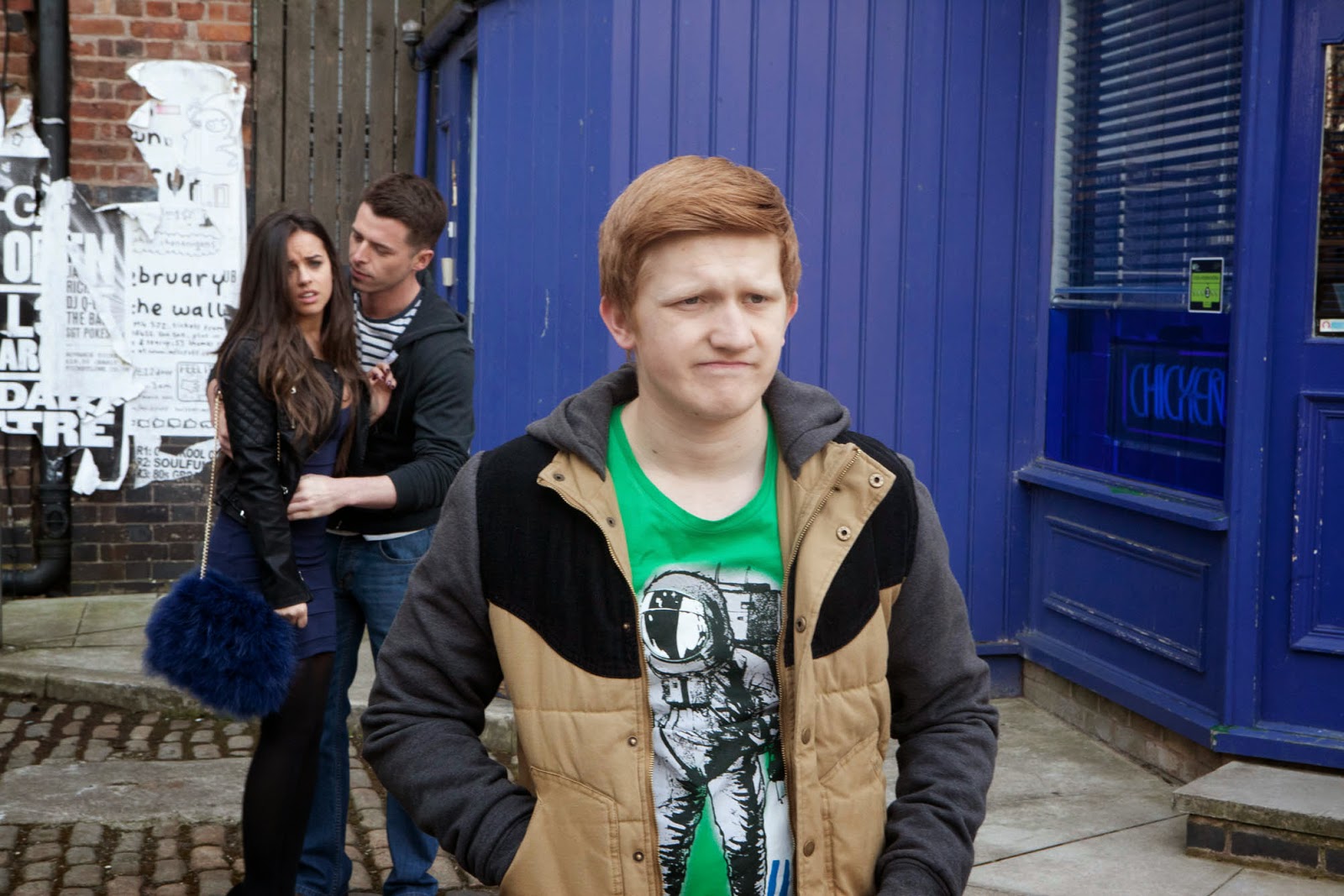 Katy soon got bored of Chesney and turned to Ryan for excitement, which is like abandoning a Big Mac in favour of a Quarter Pounder.  It's all the same really.  Ryan was just a different kind of dull, one with rock hard abs, yes, but even less going on between his ears than an Easter Island statue.  Even a nostril full of cocaine couldn't make him interesting.  Their affair was brief and passionless; it's hard to get properly aroused when you're pressed up against a rotisserie of kebab meat.  It was too much for Chesney though and she left to move into the Windass-Armstrong Tardis across the way.

Since then she's sort of floated around the Street, mainly standing next to Izzy and looking irate when Gary does something stupid.  She's got a job at the gym on reception, a job which she seems to think can be a springboard to literally anything.  It's how Karren Brady started, isn't it, folding up sweaty towels and demanding to see membership cards?  Someone needs to sit Katy down and explain that her terrible career prospects might be down to her dropping out of school to have a baby.  It might actually remind her he exists.

I'm hoping the writers really go for broke and give her an absolutely ludicrous job - after all, if Michelle Connor can go from being a barmaid to a top knicker saleswoman and from there to a wedding planner, anything seems possible.  Perhaps Katy could become the new head of the Bank of England?  An astronaut?  One of the Three Tenors?  The world is your oyster, Katy; don't let those opportunities pass you by. 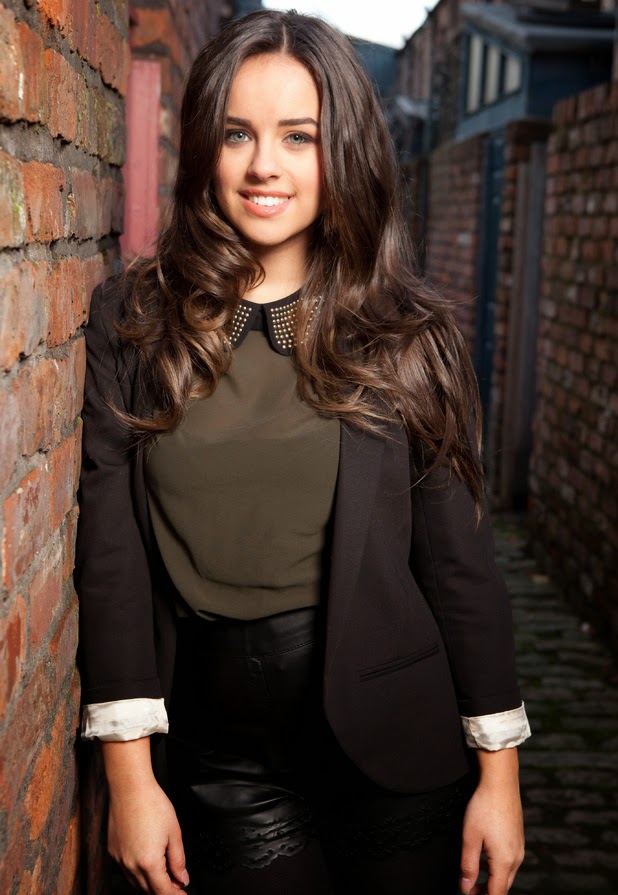 Oh absolutely yes! Corrie keeps doing this with these undereducated and over gorgeous women. (Carla excepted - she is brilliant.) Katy will take over running the gym when Kal finally fades into total obscurity. He's almost there!Can you just imagine her doing the books?