(This post was originally posted by Scott Willison on the Coronation Street Blog in December 2014.)

There was an embarrassing moment for me during last week's Corrie.  Tracy Barlow was feeling sorry for herself, as has been her lot of late, and she moaned to Ken, "I'm nearly forty!"

I've always felt a strange kinship with Tracy Barlow.  She was born less than two weeks after me, on January 24th 1977, so she's sort of been my sister by another mother.  Corrie was a constant in my childhood - every Monday and Wednesday, without fail - so as I grew up, so did this little girl on screen.  Admittedly, Tracy Lynette Langton/Barlow had a rather more exciting life than I did.  I was never kidnapped by a creepy stalker just before a lorry crashed into my pram; I never ran away to Newcastle because I couldn't get a dog.  I've also managed to keep the same head for 37 years, unlike Tracy, who swaps them more often than that witch in Return to Oz.  On the other hand, we both owned tapes by Brother Beyond, so it's swings and roundabouts. 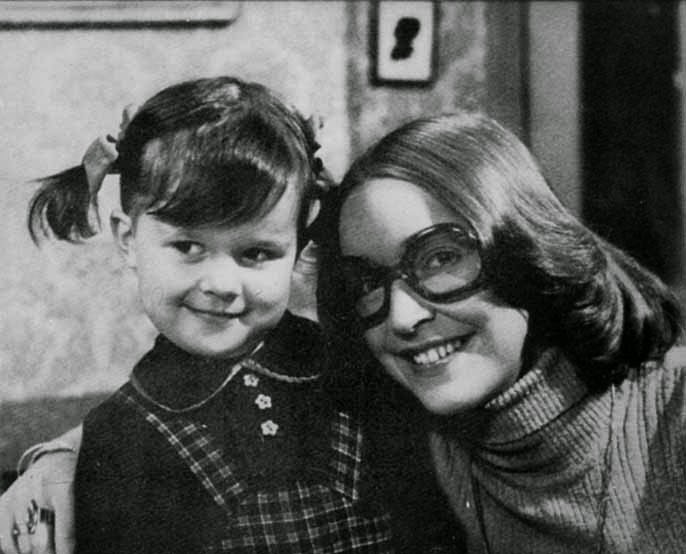 It meant that when Tracy returned from That London looking like Kate Ford and being a massive bitch, I had a bit of a problem.  I'd always felt that Tracy was, at heart, a good person, because she and I were so alike.  Even when she was knocking back dodgy ecstasy and stealing Samir's kidney, I felt sorry for her.  "Poor Tracy!" I thought.  "She only wants a bit of escape from her incredibly tedious father and the sight of her mother necking with a 21 year old Moroccan waiter over the breakfast table; who wouldn't turn to illegal stimulants in those circumstances?"

But the returned Tracy was, let's face it, irredeemable.  NuTracy was just horrible.  Anyone who drives Roy Cropper to contemplate suicide is clearly pure evil, and that was even before she pretended to be a battered wife so that she could club her lover to death with a statuette from the Katie Price Home Style Collection.

I felt betrayed.  That wasn't my Tracy.  That was an imposter.  I didn't really accept this new Tracy Barlow.  I looked forward to the storyline where it was revealed that the real Tracy - Dawn Acton version - turned up on the doorstep of number 1, furious that her identity had been stolen by this imposter.  "I was listening to my tapes with my headphones on, and when I took them off, someone had nicked my passport and my purse!" 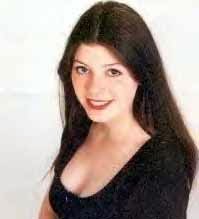 It didn't happen.  Tracy was locked up for murdering Charlie - leaving him free to toddle off to Emmerdale - and I resigned myself to my TV sister being an amoral nutcase.

Her release from prison - though about as realistic as Bagpuss - was a second chance for her and me.  The Tracy who came back was... ok, nice is pushing it.  She was more human though.  Her callousness had been curbed, and she inherited the sharp tongue of her grandmother.  I forgave her.  Tracy Barlow was back, a bit damaged, a bit amoral.  Aren't we all?  Haven't we all come up with devastatingly cruel put downs in our head, but only Tracy is brave enough to say them? 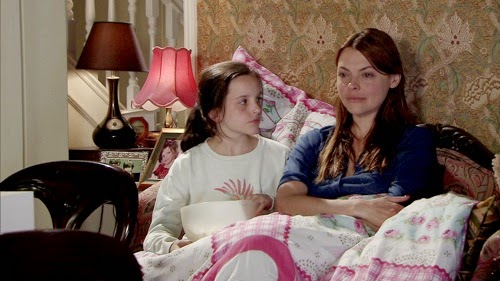 So the last few weeks, where Tracy has been a wobbly mess of snot and regret, have been weirdly emotional for me.  Poor Tracy.  She didn't ask for her boyfriend to be a murder.  It's not her fault.  And by handing Rob over to the police, she redeemed herself in my eyes.  Her vendetta against Carla is troublesome - Carla is a flawless human being, and everyone needs to recognise this.  I'd much rather she joined up with Ms Connor as an unstoppable team of fabulousness.  Take Tracy to the spa instead of Michelle!  With any luck, Tracy will break out her old murdery ways and see to Michelle while she's at it, and the whole Street will rally around her for finally disposing of the demonic harpy and she'll get away with it.  Go go Tracy, the sister I never had.

(Actually, that all makes me sound a bit mad, doesn't it?  Like those old ladies who beat David Platt with their umbrellas in Tesco for being so mean to Gail.  I do know the difference between fiction and reality, I promise.  Now if you'll excuse me, I have to write all my Christmas cards for the Street's residents, and you know what the post is like this time of year).