Kym Marsh engaged to be wed for third time 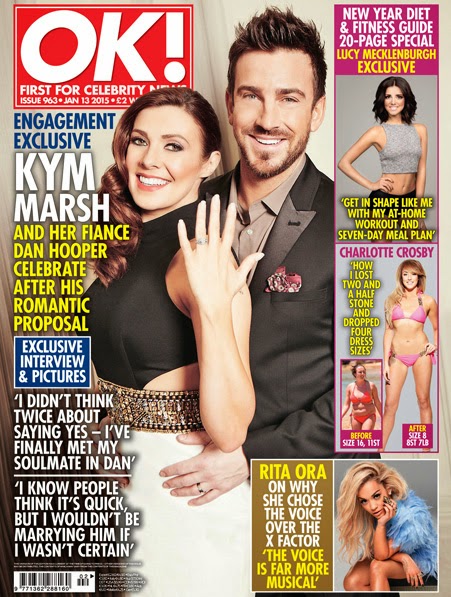 Kym Marsh, who plays Michelle Connor, is on the cover of OK magazine this week, showing off her new engagement ring and fiance Dan Hooper.

Kym has two failed marriages behind her, and tells the magazine she's certain this one will work.

"Those relationships [with Jack Ryder and Jamie Lomas] didn't work out but that doesn't mean that I don't want to have a happy and successful marriage and I'm certain this time I will. For me to say yes to Dan after ten months of dating means a lot. I know people think it's quick but I wouldn't be marrying Dan if I wasn't certain.I'm not entering into this lightly but I'm the happiest I've ever been and that's the most important thing. My family and friends are over the moon as they've never seen me this happy."