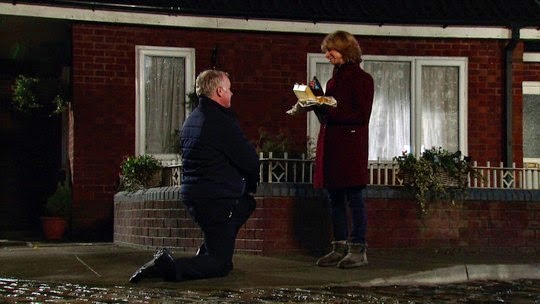 In next week's Coronation Street, Michael Rodwell gets down on one knee and begs Gail for her chips. Or her hand in marriage. I'm guessing it's the latter.

Previews suggest that Gail doesn't give Michael an answer straight away, which is unlike her. She's normally the first to zip herself up in something unsuitably frilly and frothy to drag a bloke up the aisle and say "I do, yet again"

But never mind Gail's answer, what do we think she should do? Should she accept Michael's proposal - Yay or Nay?

Wedding number 1. From Gail Potter to Gail Tilsley. Gail married Brian Tilsley for the first time on 28 November 1979. Brian divorced Gail after her affair with Ian Latimer as he wasn't sure whether he was really Sarah-Lou's real dad. 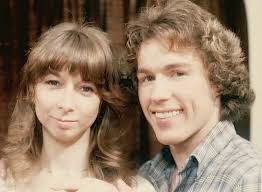 Wedding number 2: Gail Tilsley to Gail Tilsley. She married Brian for the second time on 24 February 1988 for the sake of the kids. Brian died after being stabbed in an alley after a night out in a club. 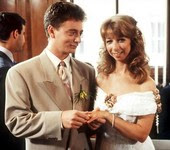 Wedding number 3. From Gail Tilsley to Gail Platt when she married toy-boy Martin much to her mother-in-law Ivy's chagrin. Gail and Martin's wedding took place on 27 September 1991. 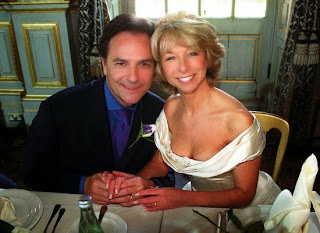 Wedding number 4: From Gail Platt to Gail Hillman. Richard drove Gail round the bend and her family into the canal. It was probably never a good choice to marry the man they called 'Norman Bates with a briefcase'. 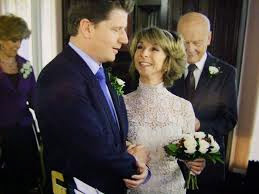 Wedding number 5 From Gail Platt to Gail McIntyre. Another watery end to Gail's marriage when Joe died in a lake after trying to do an insurance scam.

Would someone please explain the need for marriage in older age? It makes sense when there may be children, but in this age of pre-nups and 50/50 odds of divorce, why would anyone feel the need to "make it legal"?

Speaking as someone that is going to be married later this year, and is middle aged, it's a matter of giving each other that extra bit of committment over living together in common law. And if you're living together longer than a year, the legalities of breaking up are pretty much the same as being married anyway.

Good Luck! I hope you beat the odds.