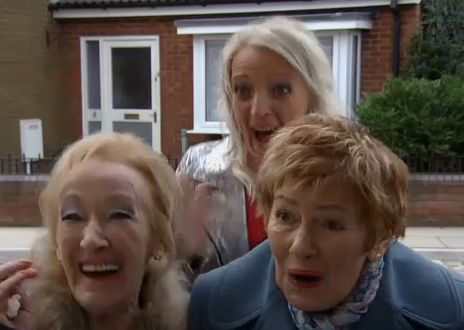 There was a great tweet from one of our followers last night when Coronation Street aired the arrival of the Tinker women:

If Beth's relatives look familiar, it's because they're seasoned actresses all.

Beth's grandma is played by Juliette Kaplan, who played Pearl in Last of the Summer Wine.

Also, I thought it was Beth's sister ? She was the only one I could keep straight!

Beth is Sinead's aunt. Beth and Arlene must be sisters. If Arlene was Beth's aunt then Arlene & Sinead would be 1st cousins.

They all reminded me of the opening scene from "the Scottish play" (MacBeth). All they needed was a boiling cauldron.

Yes, Arlene is Beth's sister, not her auntie, and is Sinead's mother. I've corrected the post!! Thanks, guys!