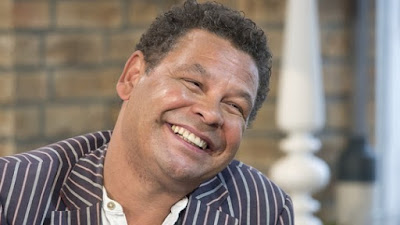 He said: "My brother died last year, he was 52. I'm 51 and when he died, I'm sure you know I was in Australia (filming I'm a Celebrity Get Me Out of Here) and I just thought 'there's things I've got to do. I've got to do some things, before it's my time, you know?' And Coronation Street is such a big part of your life that there's some things you don't get the chance to do."

He also talks about bringing his love of music into Coronation Street as Lloyd and the cross-over episode of Red Dwarf which was filmed on the cobbles.

He's signed a deal with Sony records and is bringing out a record on September 18, a compilation funk and soul album.

He's also working with the 90 piece BBC Philharmonic orchestra on an epic poem called Scary Fairy and the Tales of the Dark Wood in time for Halloween.

And in November he starts filming two series of Red Dwarf which will take him up to March 2016 when he'll be free. Let's hope Corrie will have him back on the Street!

You can watch the interview here.