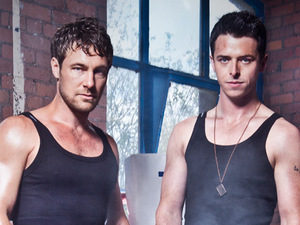 (This post was originally posted by Llifon on the Coronation Street Blog in October 2012.)


Watching last night's Coronation Street (14/10/12), a thought in my mind came to the conclusion that it is possible that Rob Donovan thinks he is Ryan Connor's father.

Let's not forget that Ryan is NOT Michelle's real son. Ryan was the baby Michelle picked up by mistake in the hospital. Alex is her real son.

In a scene in the Rovers, where Rob is comforting Michelle, Ryan and Tracy enter and Ryan mentions that Michelle fell pregnant at 15. Ryan mentions his father, and there's a camera shot on Rob which got me thinking that he's his father. And considering Rob and Michelle's history, it is possible. Anyone else thought about it? Or am I thinking too much into it?

This would only work if they completely pretended that the Alex story line never happened.

We know who Ryan's biological father is (I believe he had a DNA test done). So Rob couldn't be Ryan's father.

And when Michelle met Alex for the first time, she made a remark about how he was the spitting image of Dean, which seems unlikely if Rob were his father.

If they decide to go with Ryan being Michelle's biological son (ignoring a whole chunk of shows, this would mean that Michelle was sleeping with Dean and Rob at the same time at the age of 15.

Absolutely right. But it isn't the first time they've completely ignored history which really burns me!