(This post was originally posted by Clinkers (David) on the Coronation Street Blog October 2012, reposted to this blog with permission.)

Of course, the inhabitants of Corrie-land don't really exist. They are characters. We should pause and give thanks that Tracy McBarlow is the product of an idea hatched by some mad man in 1976. Weep with joy that she is pretend. Cheer at the thought that there is, hopefully, no steely landlady called Stella, poised to invite you "into the back". 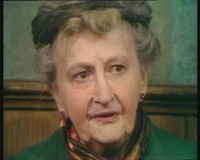 We should also remember that the actors are not, in fact, the characters we see. Most of us will know that sweet little Minnie Caldwell was, in reality, the much more earthy and foul-mouthed Margot Bryant. The snobbish slice of joy known as Annie Walker to millions was actually the wonderful chain-smoking Socialist Doris Speed. 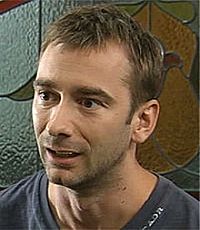 If you had to pick someone as your Corrie buddy, who would it be? I'm beginning to think that Marcus Dent might be that person. In a sea of Weatherfield madness, his is often the one lone voice of reason. If you needed someone to turn to, who better to have on your side than Marcus? Sensible but with a sense of humour. Grounded but not crushingly dull. Likes a gossip but won't bellow your secrets down Rosamund Street. Marcus Dent, we salute you! Much of this is down to the manner in which he is portrayed by Charlie Condou. As fun as screaming queens are, more than one on't cobbles would be a nightmare.

The women would be more difficult to befriend. You might pour your heart out to Tina but the scowling wench would be breaking her neck (if only . . .) to tell the first person she saw. She's so desperate to blab that you would probably find her verbalising to a brick wall if she had the chance. Eileen might be OK but her deadpan face would eventually suck the will to live from your body. Stella? Well, her home-spun philosophising in a tatty back room would hardly make your heart soar with joy. Kierkegaard she is not. Deirdre would try and win you over with some hideous slice of marrow on a bed of crisps, washed down with a bucket of Freshco red and twenty Benson & Hedges. She's not the healthy option.

Sunita might be a viable option as your Weatherfield Woman Friend. At least if you felt tired, you could nestle in between her baps and enjoy a light doze . ..