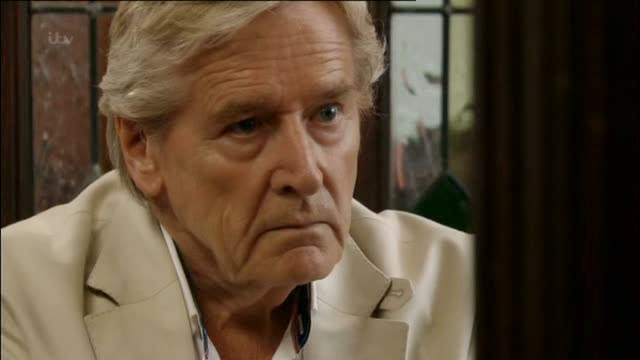 Deer Caught in the Headlights Award: Ken, finding out about Peter, the affair and the arrest. And well he might look that way. It's got to flabber his ghast just a little.

The worm has turned award: Deirdre really told Ken where to go.

Criminal award: Todd is now trying to scam people into thinking they need new roofs. Even if it is Norris, it is still not on.

Crusade award: There's nothing Ken likes more than a challenge. He won't stop until he gets Peter out of jail.

Insensitive Award: Tracy. Pick a date before Peter's trial so he couldn't go even if he was found not guilty!

Cheaters Never Prosper award: Todd. He might have kept the difference of the cheap materials for himself, but it'll come back to bite him. 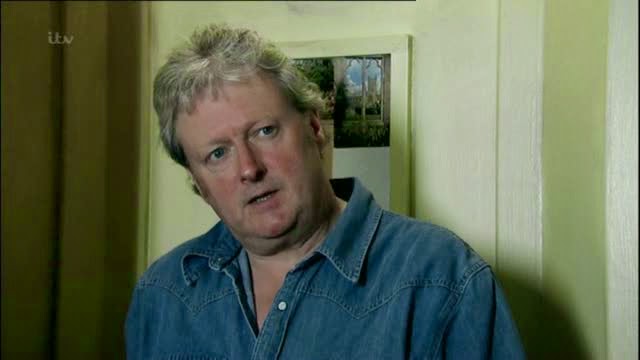 Return of the Native award: Oh it's so good to see Jim Mack!

Cliche award: Jim McDonald. He even got "The Big Hoose" in with all his other catch phrases! Wonderful!

Practical Joke award: I detest Todd but even I laughed at him sending Gary off to whisper at a client!

Thicky Bricky award: Gary has misgivings about the materials and lets Todd threaten his job. Todd's not the boss of him whatever Todd might think.

Lines of the Week:
Ken to Rob "You've inveigled your way into my house" Tracey "I don't even know what that means but I don't like the sound of it"
Todd "I'm not all empty good looks and effortless charm" (Your not that at all, mate)
Deirdre to Ken "SHUT UP! SHUT UP! SHUT UP!" (Wow, she never would have said that in the old days!)
Audrey to Gail "There's civil and then there's simpering" (yes you were)
Audrey about Max "It's just a fancy word for naughty"
Norris "New roof, my Aunt Fanny" and "I might be drawing a pension but I'm not Ga Ga yet"
Sinead "I test it by testing the acidity in the water not by chucking a puppy in the bath"
Peter "I didn't murder Tina. But that don't make me necessarily innocent"
Kirk "MY GIRLFRIEND'S A HYPOCONDRIAC! SOMEBODY DO SOMETHING!"
Doctor "The rash should disappear in a few hours. The hypocondria might be harder to shift"
Jim "Some of my best friends are murderers so they are."
Tracy "Do we have to be miserable every moment of every day? Yep. I guess we do"
Jim "You want your wee Simon to grow up and think his daddy is a murderer, is that the crack?" (Ah yes, another Jim cliche!!)