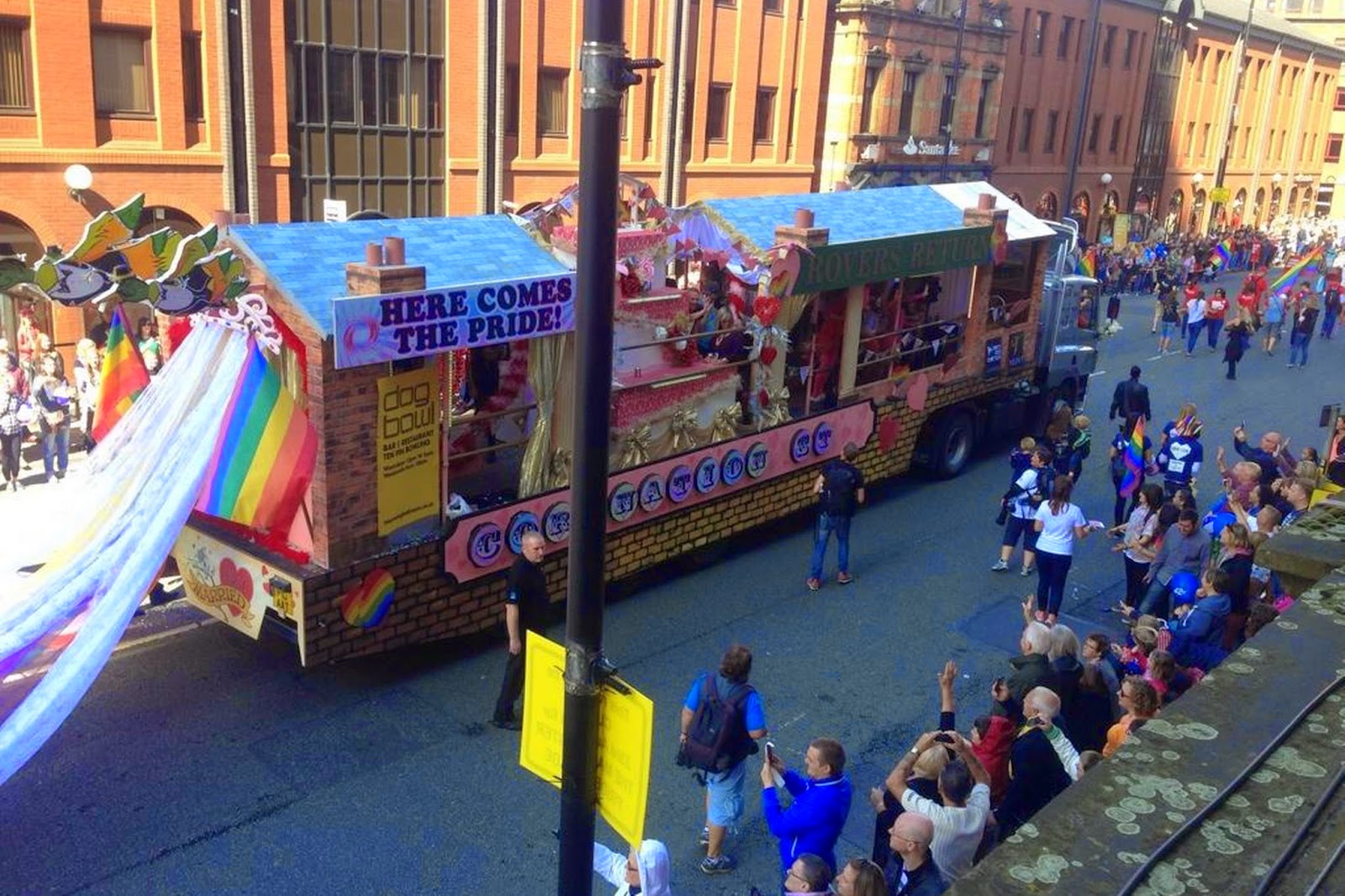 This past weekend was Pride weekend in Manchester and as usual, Coronation Street had a large float in the parade Saturday, crowded with lots of our favourite actors.  The Manchester Evening News has a great gallery of photos and a couple of video clips featuring people like Brooke Vincent, Hayley Tamaddon, Katie McGynn (who looks really awesome! As opposite to Sinead as it's possible to look), Antony Cotton, Debbie Rush, Krissi Bohn, Mikey North and many more. Even Les Dennis joined the fun and dressed up like his old persona, Mavis Wilton.

The float was done up in a wedding theme with a long bridal veil trailing along behind. It's always one of the most popular floats of the parade and the cast and crew aboard the float look to be having a blast!

Have a look here