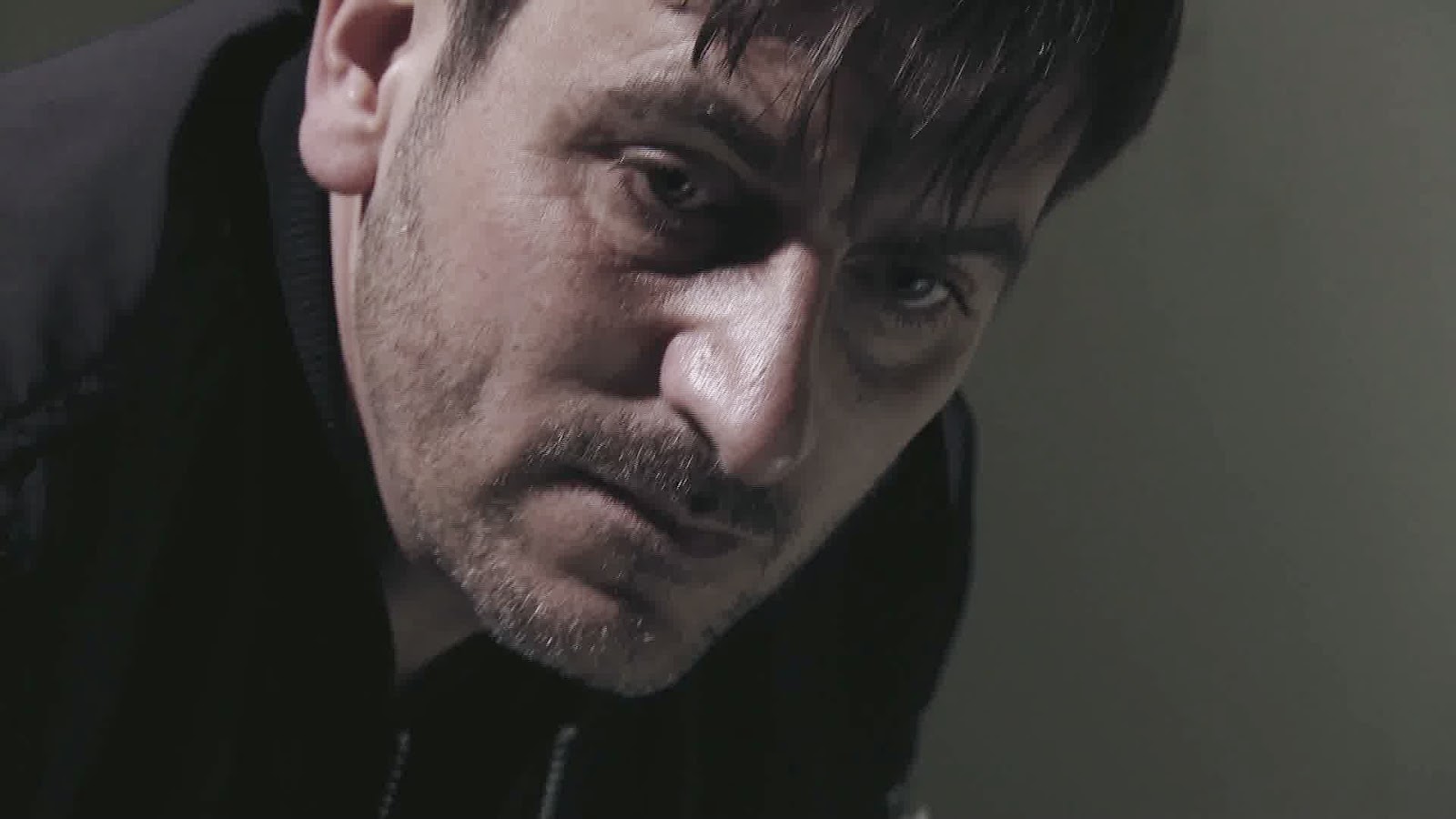 Peter's nicked, and right in front of Simon. Hasn't this happened before? As always, they arrest the one that is innocent but Norris is full of glee. So is Rob though he's tried not to jump for joy. Everyone is quite shocked. Some are convinced and some aren't sure. Deirdre is heartbroken. Deirdre doesn't want Tracy to call Ken and she's not taking Ken's calls with Tracy there, that's because she hasn't told Ken anything at all! Tracy actually shows concern for her family and didn't make it about her. That has to be a first.

Meanwhile, Peter is being questioned. Does nobody do polygraph tests these days? I know they aren't admissible in court but it still tells them something. The police are using his fingerprints, but they have been told that Deirdre washed it off when she found it. Fail! Even Todd can tell that the evidence is pretty flimsy at best. They found Tina's blood in the outhouse, but it's still not connected to Peter by anything other than circumstantial evidence but they're charging him anyway and it looks like he'll be in prison a good three months and now he's not got a solicitor because his suggested a plea bargain.

Rob now has another job on his hands, to convince Deirdre and Tracy that Peter's guilty. Beth is automatically thinking the worst of Peter. Rob's guilt is being compounded every time he sees how upset Tracy, Deirdre, Simon and even Rita are. He's not a complete monster but he's not about to confess, either. Carla's really been thrown for a loop, too, over the arrest and Simon's shutting himself off. Deirdre and Tracy seem to be afraid that Peter's giving up and he's really angry that they are having doubts about his innocence. I can't blame him. This is the kind of thing that would punch out Peter's self esteem yet again and have him running for the bottle only he can't this time.

I actually admired Tracy for publically standing up for her family even if she insulted Dennis to Rita along with it. So now we know for sure. Ken doesn't know about any of Peter's problems. He's been gone more than a year and Amy only wants to Skype now??? If she's done so in the past, why has she not mentioned Tina's death and Peter's involvement because she would have heard everyone talking about it. Tracy also seemed quite interested in Uncle Albert's medals once she knew they could be worth something. I have a bad feeling about this.

I thought Carla already gave Sally the P.A. job? Was it just temporary and now it's going to be permanent? Eileen would love a silent house. Never gonna happen. Oh look! Emily! We haven't seen her for yonks! Michelle is already taking bookings for the Camper Wedding Van. Boggles my mind. The Windasses are officially bankrupt. Will they lose the house?

Loved Kal telling everyone off for gossiping. Julie's learning French. Something for her to-do list before she turns 40. Steve passed his course with a solid C. Good man! Andrea got an A. Well, of course she did. Michelle even had the grace to congratulate him and be nice about it. Hmm. Anna is asking Owen if they've got "another letter". What's that about? bill collectors?

Roy is a great believer in the library. He's shocked that there's a library book that Hayley had borrowed that's now overdue. So am I. I would have thought the library might have called or sent a letter. Maybe not, though. He took the book back and discovered the library is being closed down and turned into a Fresco's. Cue a crusade for our Roy, he won't stand for it. He's going to join the protest. He's spreading petitions far and wide. I do wonder though. He's been going to the library for years and yet when Sharif said his wife was the head librarian, Roy didn't seem to know the name. You would think he'd have met her now and then over the years. Sharif seems to be hinting that Yasmeen is a driving force. Henpecked, anyone? 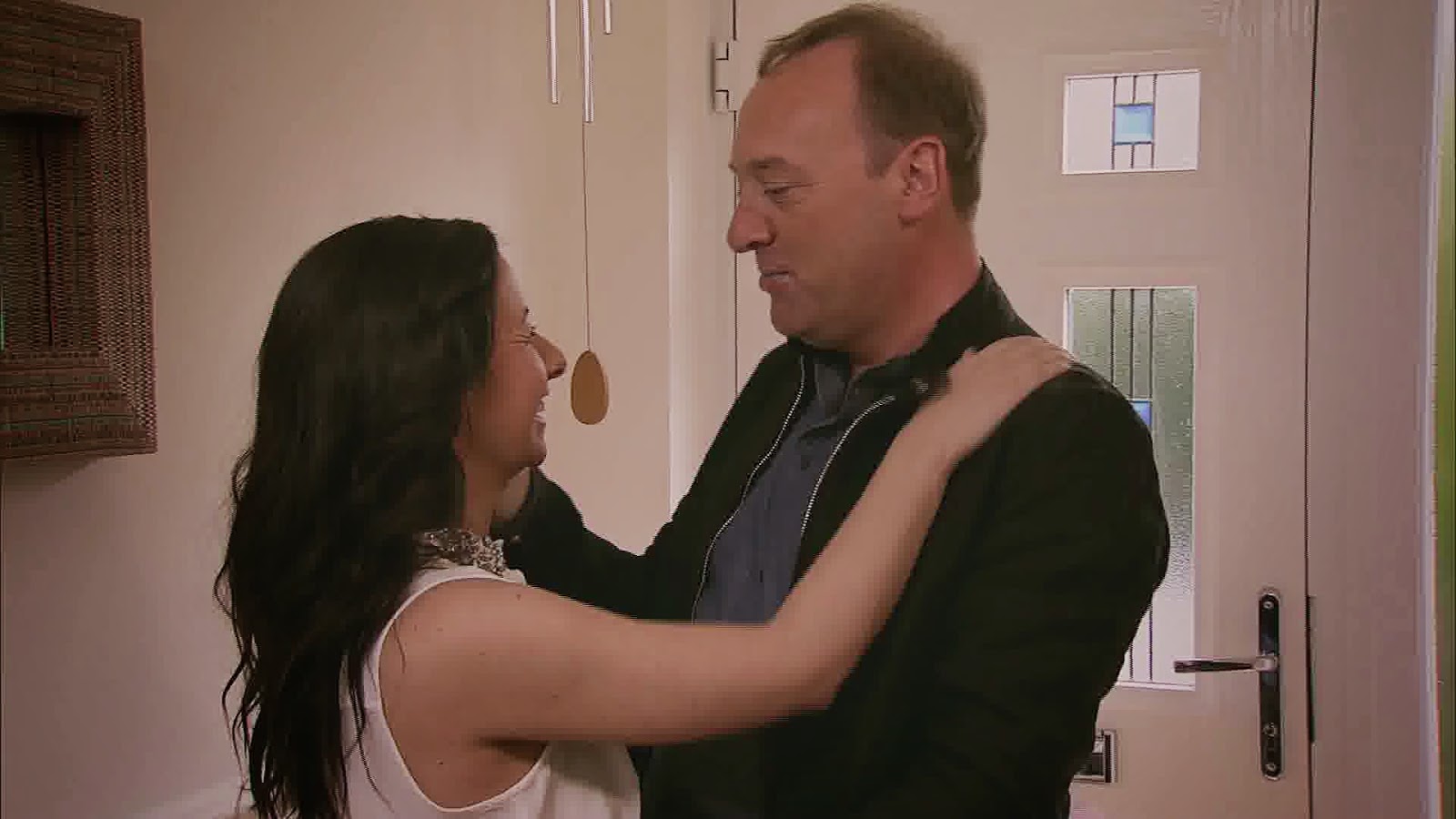 Lloyd doesn't understand why Andrea isn't on his doorstep in a heartbeat, bags in hand. It seems she really does love him but we know there's a complication. He doesn't. Why is it that Lloyd is always getting the shaft where women are concerned? Michelle gave Andrea some good advice but she doesn't know what's going on either. Andrea has said yes but how is she going to manage that?

Neil does seem like a nice fella, he even cooks romantic meals. Like she said before, I guess, they weren't really suited and grew apart. The more elated Lloyd gets, the further you know he's going to fall. Neil is starting to be suspicious, it looks like. AT least, it looks like he thinks he's losing her and it's sinking in. He is. He has. But he thought it was a good idea to join Andrea at the pub but she managed to get him out of the way.

But Lloyd is expecting her to move in and she wants to but doesn't want to tell Neil the truth. Suck it up buttercup. And Michelle seems to be considering Andrea her new best friend. Good thing because she doesn't seem to have any other mates at all so she has to confide in Michelle about the whole mess who's gobsmacked. Apparently, she talked to Michelle because all the mates she says she has would be on Team Neil. Michelle isn't going to be Team Andrea, though, and you know she's going to insist Andrea tells Lloyd. 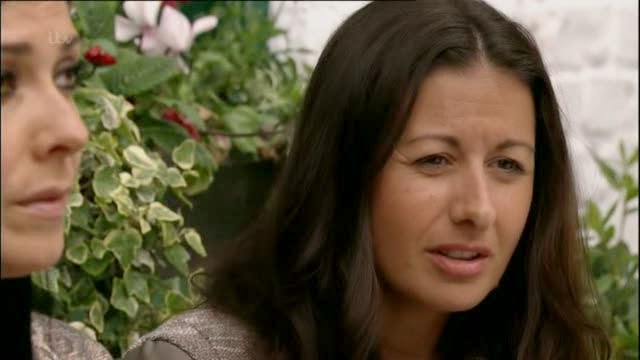 Oh and can I just point out that Michelle wasn't going to tell Steve, this after all her shouting about him keeping secrets just a few weeks ago? And she says she'd make Steve tell Lloyd except here's the deal. Lloyd went to help Andrea move as a surprise and met the husband. Busted.

Andrea started by telling her husband that she's leaving though lied about having another bloke. Meanwhile Lloyd is borrowing Tim's van. At first I couldn't figure out why but I realized that he was planning to help her move her stuff and wants Steve to come with him. Michelle and Steve tried to dissuade him but failed. Of course she'd given him the wrong address so that was a wild goose chase and Steve finally had a chance to tell him. Lloyd didn't want to believe it but the evidence is stacked against it all.

At least it hasn't dragged out any further. He confronted her right away. Now she's left her husband and Lloyd doesn't want her either though he desperately wants that happy ending, the happy ending she's promising him. All the lies she's told him are making it very hard for him, especially when he finds out that she didn't tell Neil about Lloyd. Andrea's husband thinks Steve is the reason that Andrea has left him. You could see that coming. Nobody coincidentally sees someone else hugging without assuming the worst. Now Andrea doesn't have him nor does she have Lloyd. What's a girl to do?

Maddie's blue mood has been explained. Ben wanted her to stay but he's really happy. She thinks it's too confusing for her to keep on seeing him. Very mature, actually, Nice that she can confide in Tim. He's quite good to her and to Sophie and he's right. She's probably jumping the gun a bit. Looks like Sophie is now the new babysitter of choice for Simon. Does he really need one? Maddie doesn't want to get too close to him because she misses Ben though happen it would help her. She seemed to be able to bring Simon out of himself a bit, connecting with him better than Sophie could.

Rita helped Steph clear up Tina's clothes and things with Dennis by her side. He was quite supportive and it's working, isn't it? She even let him hug her, much to Norris' horror. He's convinced Dennis is using Rita's grief to get back in her good books. Of course he is but it's out of genuine love, isn't it? But it looks like he's finally kicking back at Norris, determined that Norris is not going to thwart the reunion. Dennis is right, though, it really isn't any of Norris' business and I'm glad Rita told him so. Looks like it's going to be High Noon between them.

Emily knows Rita is going to forgive Dennis but he's impatient. Now he knows that Rita would be upset to see him homeless, he's hatching an ill-thought out plan. Dennis always was about plans and they were never really much good. His is to get Julie to throw him after a staged public argument and ordering him out so he'll be homeless and Rita will take him in. She went along with it even if she couldn't actually think of something to publically accused him. Rita agreed to having him for one night. Feet under the table. She wasn't ready to have him back quite yet.