Here's something you probably won't see too often, a wedding theme that mashes up Coronation Street and Doctor Who! We got married last weekend and we are fans of both shows. I'm Canadian and my new husband is British and after 11 years, we've finally made it to the altar! 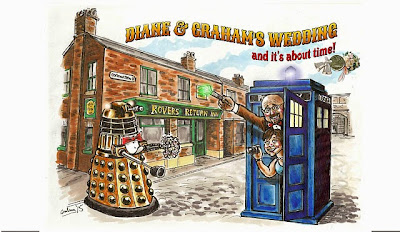 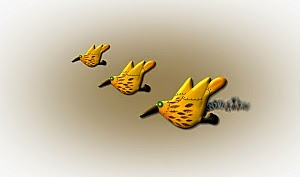 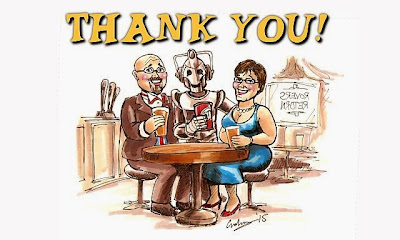 Our wedding invitation had the Rovers on the front and a steampunk version of Hilda Ogden's ducks on the back and our thank you notes incorporated the suggestion of the interior of the Rovers along with a Cyberman. (my fella is an artist!)

At our wedding, we acquired a Rovers Return backdrop from the Downeast Streeters and added in stand up cardboard Tardis and Dalek figures and the wedding cake looked like a Dalek! Our procession back down the aisle after the ceremony was to the Doctor Who theme tune and Coronation Street's dulcet tones ushered us into the reception. We even received a few Corrie gifts (Mugs and the Coronation Street Treasures book) and some Doctor Who gifts as well. It was an awesome day! 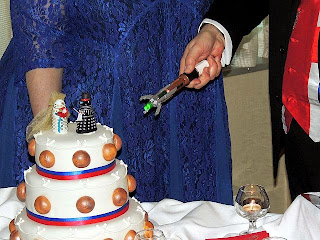 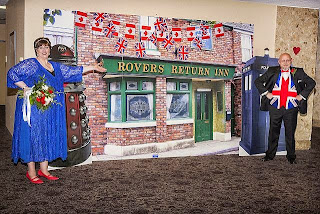