Sally Lindsay: "I'd love to come back to Coronation Street" In this week's Inside Soap magazine, there's a good interview with Sally Lindsay, who played Shelley Unwin on Coronation Street.

Sally talks fondly about her time on Corrie and says this: "I'd love to come back to it in years to come. Betty Driver (Betty Williams) didn't join until she was 58 so there's plenty of time I love Corrie - always have, always will."

Talking about working on Corrie, she says: "Corrie was the best training course of my life. I learned everything there - everything. I had to learn lines quickly  and because everything turns over so rapidly, you learn to trust your instincts while working with brilliant actors like William Roache (Ken Barlow).  He's amazing.  He never forgets his lines or was late on set. You look up to people like that." 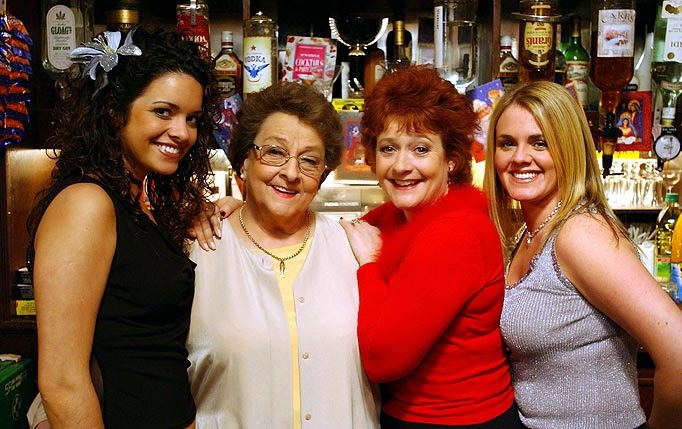 She pays tribute to Betty Driver and says: "Betty could fill a room with her presence and was such a good woman.  She looked after people and gave generously of her time and I think I've always aspired to be like that because of her. Right to the end she was giving people autographs when she went for a little walk in hospital.  She was always very kind, sometimes it's hard to be kind in this business but she always was She was a great mate, and hilarious with it. She was lovely."

Sally is starring in Ordinary Lies on BBC1 at 9pm on Tuesday nights.