Sean Ward on being Callum Logan in Coronation Street 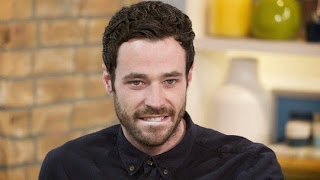 I've become a fan of Corrie's Callum, although I'm not sure it's for all the right reasons.

The actor who plays him, Sean Ward, is interviewed today in The Mirror where they praise Callum as being "manipulative, selfish, yet definitely a bit of alright, the girls love him, the guys want to be him, and much to our delight, Callum is now on the Street to stay."

Maybe I'm the wrong age (i.e. too old) but those are none of the reasons I'm enjoying watching him. I love the camp, fey way he's styled, his comedy henchmen and motley crew of comic goons.  Maybe that's part of the plan as I know I'm not the only Corrie fan to have spotted those qualities, so each to their own.

Sean's interviewed in The Mirror about his life on Corrie and how it's changed since he joined the show. He talks about his new flat, that he's dating Georgia May Foote (Katy Armstrong) in real life, and says the best perk of being on the show is being able to afford a cleaner for his mum.