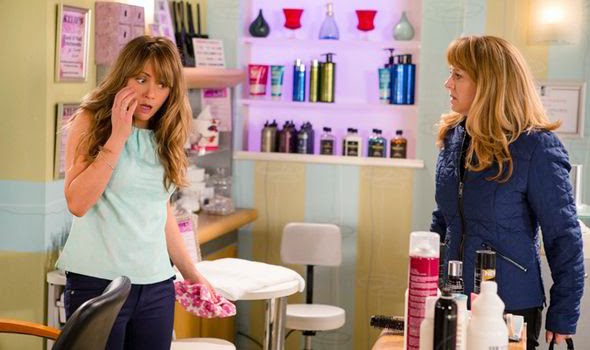 In this week's Inside Soap magazine they tease a storyline coming up next week in which Jenny Bradley attacks Maria.

Jenny hits Maria in the salon after Jenny catches Liam hitting little Jack. Sophie will find out about the salon slap but Kevin won't believe her when she tells him what Jenny has done.

We've already seen Jenny act a little unstable around Jack, worrying about him needlessly when she thought he was choking on an onion (he wasn't) and when she rushed him to the docs because she thought he had a rash (he didn't).

I wonder what's really going on with Jenny and if it's something to do with losing a child of her own that's making her behaviour unstable around Jack?  If rumours online are to be believed from the tabloids, then Jenny will kidnap Jack and end up on a roof with him, threatening to jump.

I blame her dad.