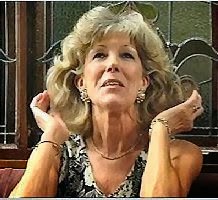 With thanks to Corriepedia for the reminder of this wonderful anniversary.

Today in 1979, Audrey Potter made her first appearance on Coronation Street.  She turned up for Gail's engagement party to Brian.  Long live Audrey, she's wonderful.

Re-live Audrey's first scene on Coronation Street, via the wonders of YouTube, below. Audrey appears at 10 minutes in.

We all know Sarah and Bethany can't possibly stay on to live at Gail's house, there simply isn't the room. I'd love at least one of them to go and live with Aud, she'd soon sort them out.

You might also want to check out The Audrey Roberts Noise