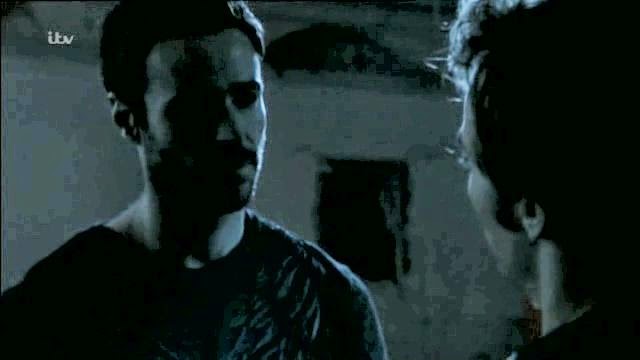 Keystone Cops award: Callum threatened to set Gemma and Macca on Andy if he fell out of line again. Oooh. I'm so scared. Or not. A real drug dealer would have left David in pieces but this one punched him once, didn't break a rib and then drove him home!

Brotherly love: Nick does have the measure of David's cunning. Just like a corkscrew! And he's right! David needs to settle down and do what he does best. Scheme.

Dead Woman Walking. Good grief, that reporter was the spit of Tina McIntyre!

Workshy award: Sharif would rather bribe the new allotment neighbour with turnips than do the heavy lifting!

Musical Ambiance: Born to Run at the birthday party. I bet Andy wishes he could have run before Callum caught him in the car!

Gentle Award: Lovely, quiet scenes between Roy and his new friend on the allotment, sharing a cuppa and having a chat.

Phantom memories: Jenny reckons Norris is one of those that have long memories, regarding her is what she was implying. But Norris would only ever know of Jenny what Rita told him. He never met her before.

Art is in the eye of the beholder aka snobbery knows no bounds: Roy played right into Sally's snobbery by suggesting the graffit might actually be crafted by a famed artist. 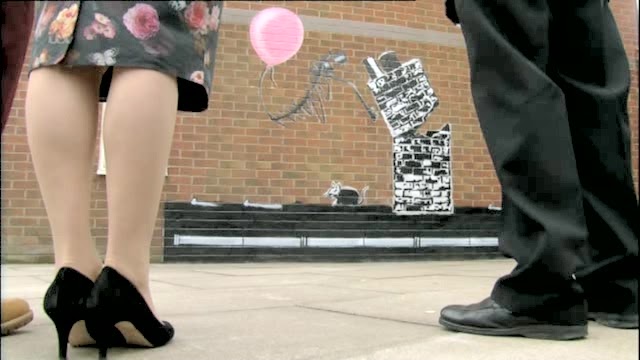 Lines of the week:
Pub landlord "OUT!" Sean "Yes! And proud!... It'll be nice to get back to the 21st century!"
David "I thought *I* were the 'ead case of the family!"
Sean "Homophobia is alive and well and living in a pub in the Peak District. They do pub quizzes on Mondays. Stonings on Wednesdays"
Nick "This is about cunning, guile, fighting dirty and in that situation, there's not a man in the world I'd back against you"
Nick "Mom always gets wound up before a wedding" (you'd think she'd got used to it by now!)
David "Tonight, Matthew, I'm gonna be a junkie!"
Sharif "Why couldn't you have tried to bribe her with a couple of turnips?"
Gail "I'm a cleaner not a hit man for MI5"
David "I hold my hands up, or I would if i could"
Sharif "Sensitivity is my middle name" (you have more than one, then?)
Bethany "That's child abuse, that is." David "Not yet, it isn't"
Bethany "You pick a bloke out of a police lineup and 12 months later they're walking you down the aisle!" David "Classic boy meets girl"
Norris about Michael "I wonder if he'll carry her over the threshold or just jimmy an upstairs window"