Here's the first weekly awards for the double Canadian episodes. Bear with me, there's a lot of ground to cover! 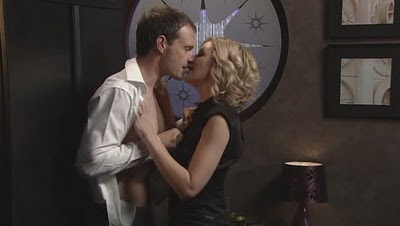 All Loved Up award: Gold Star: Nick and Leanne. .. though it's come out of nowhere. Last week and into this she didn't want to know him. And it's on again-off again... probably on again next week!
Silver Star: Ashley and Claire have finally made up!

Do One award: Shouty star: Owen doesn't realize... Fiz is Cilla's daughter, she's got a lying husband, *and* she's hormonal!

Who peed in your cornflakes award: Gold Star: Kevin is getting grumpier and grumpier by the day!

Soap Opera Phrase of Doom: Tyrone "As far as I'm concerned, my life's perfect!" (and about to go KA-BOOOM! (Tram Crash Drinking Game!) 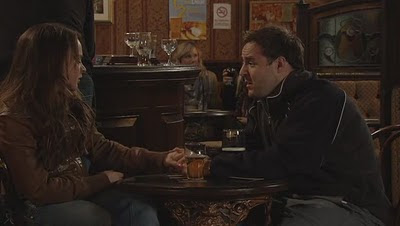 If You Can't Beat Them, Join Them: Gold Star: Owen finally allowing Chesney and Katy to see each other above board.
Silver Star: John seems to have no choice but to bend to Charlotte's lengths! (see above)

Mind the eggshells award: Gold Star: Looks like that eggshell carpet has been transferred from the Platts' next door to the Windass's house.

Naughty boy award: Flowery star: Owen nicked the flowers Jim sent and pretended they were from him. Jealous, much? Probably should be! But Jim is totally underestimating this latest fella of Liz's. 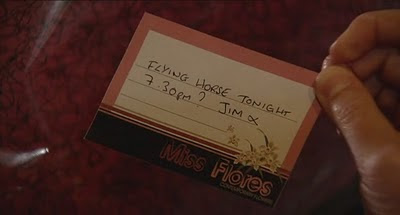 Use your ears, not your eyes award: In the video Fiz and John watched, you could clearly hear someone walking in heels, not sneakers.

The Lost World award: Sandy star: Gary's hurt, Quinny's dead. Roy wishes he believed in God and Eddie reckons God has abandoned Afghanistan anyway. You know that little exchange really got to me! That and Eddie brushing a tear away when he saw Gary. 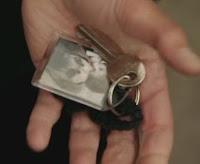 Proof Postive award: Gold Star: Charlotte nicked Chesney's keys. I guess she's stepping up the campaign! (Oh, and if she rang her own phone, wouldn't John have heard his own voice hollering down the phone? Her mobile was in her pocket!)

Get the hint award: Gold Star: Tyrone isn't very good at reading between the lines is he? Molly only has kids by other men! ;)

Expert Word Twister of the week goes to Charlotte who made out that John knew she was the stalker all along and got a kick out of it like she did! BAHAHAHA!! Isn't she marvellous! Totally Deee-ranged! 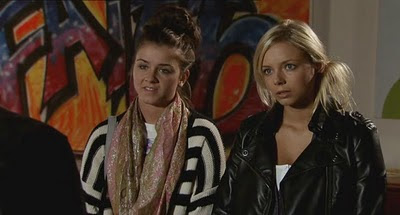 Hayley to Owen "That's a bit over the top!" Izzy "Over the top and around the flamin bend!"
Carla "There's none so sanctimonious as a dry drunk"
John (sweating) "Colin Fishwick? Living in this house? I don't think so!" ... Fiz "I take it you've tried phoning?" Joy "Nothing. Completely dead." (koff)
Graeme "My Bottom was the talk of the Young Offenders'! ...Midsummer Night's Dream, obviously!" (Whew! I'm glad he clarified that!)
Carla "I've had more come-backs than Tom Jones!"

Pam to Kevin "If only to tell her to stop wasting her time on a disgusting, selfish, waste of skin like you" (Oh I LOVE Pam!)

Charlotte "Charlotte and John, against the world!" (John.... "Meh")

Sophie to the Pastor "You talk about God speaking to ya? You only hear what you want to hear!"
John to Chesney "I was young once, even if it was on a technicality"
Carla "I just want some moral support" Peter "Moral? You?"