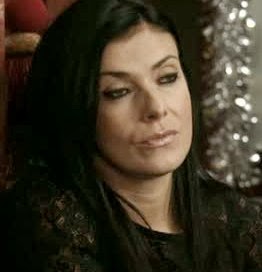 If looks could kill award: Liz and Michelle, after meeting Andrea.

Sourpuss award aka who peed in your cornflakes: Michelle

Bromance award: Tyrone and Jason! Love that the writers have finally remembered that they're good mates.

Dad of the year award (tarnished): Tim handed Faye cash right out of his wallet on the day. Didn't even get a card to put it in.

Fashion disasters: Norris' snorkel anorak. Might be appropriate for Canada's winters but probably overkill for Weatherfield.
Lloyd's got a snowflake jumper as well.
Michelle's new green top really was nice and I liked Tyrone's sweater as well.

Pants on Fire: Steve made out he found Michelle's top. Andrea actually picked it out!

One Hit Wonder award: Leanne said she'd always leave if anyone hit her just once. Now she knows it's not as simple as all that, under these circumstances. 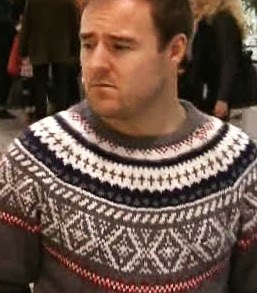 Lines of the week:
Kylie "Listen to you all, purer than the driven snow!"
Peter "I've already got a wife, I don't need you being in a mood with me as well"
Peter "World's overrated"
Jason "Does Santa have a wife?" (of course. Mrs. Claus is legendary!)
Deirdre "Heat kills germs. Just watch out for the teeth marks, we'll just have to carve round them!"
Rob to Lloyd re the jumper "Respect for the knitwear, Mate!"
Rob about Deirdre "She's making a halo out of mistletoe" Steve "Oohhhh that's someone that could make mistletoe into a weapon of mass destruction"
Mary after singing an inappropriate carol "Why didn't I go for Bing?"
Deirdre "Come to Deirdre" (shudder)
Hayley "I want to book it before we go while I still believe I can (go)"
Nick "You don't want to upset the Beast of Weatherfield"
Leanne to Kylie "Don't let your temper or your pride make the wrong call. Trust me. I speak from bitter experience" (and she does)