What will the Street deliver in 2014? 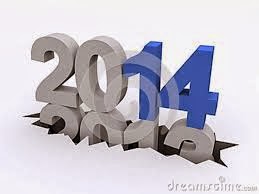 On the whole then, a decent batch of festive episodes from Weatherfield this year, save for the usual nonsense of 'snow on the cobbles'. Every year. Now another twelve months of ranting lies ahead here at Coronation Street Blog Towers. However, we live in hope and cling to the possibility that there will be much to enthuse about before we reach for the Christmas decorations again.

There are new characters to welcome and maybe even cherish. Weatherfield's favourite personal trainer - well, only personal trainer, Kal, is getting his feet under the table. Save for his slightly exaggerated speaking style, Kal looks like he's going to fit in well. He's establishing relationships and has caught the eye of Come to Deirdre. She likes a challenge but I fear Kal would jog quickly into the sunset should he be presented with Deirdre's stuffed marrow. 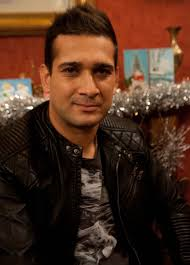 'Feisty' Maddie - she of the filthy hair and filthy attitude - will no doubt mellow but hopefully not too much. If she's here to put some oomph into the increasingly dreadful Sophie, then so be it. Likewise Tony Stewart. He should add a different dimension to Grimshaw family life and hopefully give Eileen a chance to hone her misery to new levels in the coming year.

The debate over the Corrie women has been an interesting one over the past few weeks but by the 'eck Minnie Caldwell, the ladies do need sorting out. The nasty brigade seemed to  gather in force during the end of 2013. New, horrible Rita is unpleasant to watch and rather than comforting Mother Earth, she's now morphed into a meddlesome ratbag. The collapse of her marriage may be on the cards and if so, maybe in its wake we will get a more thoughtful, contemplative Rita.

(edited to remove a paragraph with spoilers, regarding some characters that are leaving this year.) 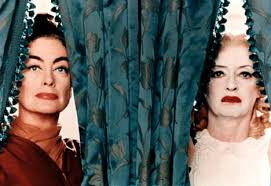 Michelle and Liz. Liz and Michelle. They stagger around like something out of Whatever Happened to Baby Jane? Michelle has never really been a fan favourite and now she's in full arm-snapping mode, she's even worse. Maybe 2014 will see her finally escape the House of McDonald and emerge into something more positive, Like a taxi to the airport. As for Liz? She's a better option as landlady than Stella but that's not saying much. Her recent duffing up of Peter in the bogs was laughably bad. If Liz is to remain we can only hope that she calms down a bit and acts her age. At the moment she lacks credibility and that's never good for a Rovers boss.

Post-Hayley Roy is surely going to be an interesting character this year. Please, dear storyliners, don't shove the poor bloke into some comedy friendship with Mary. No doubt Mary Moodswing will be waiting to make an entrance stage left but it would be too obvious a move and simply wrong. Where Corrie always triumphs is when unlikely friendships emerge. Roy and Carla would be interesting and given the latter's relationship with Hayley, maybe not too jarring.

Kevin's due back from Germany this Spring and we can all hope that he doesn't launch into some dreadful attempt to woo back Sally. The pairing of Sal and Tim is inspired. She's desperate, he's lazy. They could well be Stan and Hilda: The Next Generation. Let's not spoil this with Kevin screeching from the sidelines. Much better that he surprised everyone by bringing back a new woman or even his long lost brother Carl. Remember him? Don't worry, you're not alone. 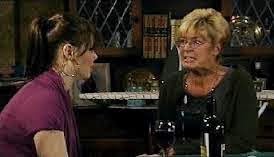 What else would it be good to see in 2014? More of the new and rather wonderful Come to Deirdre. Anne Kirkbride must be loving every script delivery to her dressing room. Deirdre is suddenly canny, funny and a wee bit naughty. We are loving it. Also let's have more Eva this year. She and Jason were made for each other and with both characters approaching thirty, it's time for them to settle down. Something else for Eileen to moan about. How about a more independent Gail 2014 too? The whole Tilsey/Platt thing is starting to feel very claustrophobic. It would be fun to see her away from that house and striking out on her own. She doesn't need to be a trainee Ivy Tilsley. One of those was enough.

Let's forget about the likes of Tina and Tracy, who seems set to be bellowing "Well, hello?" every five minutes until the end of the century. What about the rest though? Is there a character you would like to see develop in a different way? Any new friendships that could emerge? Or how about new characters who could enhance the lives of some of the familiar faces? What would you like to see on t'cobbles in 2014?

Kevin has a brother? Oh my goodness - is he on the same island as Michelle's biological son and Molly's Auntie Pam?

Bwahahah the likeness between Liz and Michelle and Joan and Bette cracks me up. Thanks for the laugh

I remember Kevin has a sister: Debbie. But I don't remember a brother at all..
fondue123

Kevin's father, Bill, married Percy Sugden's niece, Elaine and they had a son. We never saw him on screen. He'd probably be in his late 20s, older than Rosie by a few years