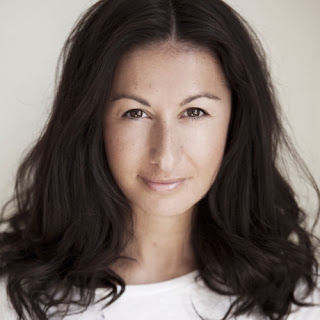 (This post was originally posted by Ruth Owen on the Coronation Street Blog in December 2013.)


When Hayley Tamaddon appears on our screens last night, some may recognise her as Delilah Dingle from Emmerdale, the soap she left in 2007.

On meeting Hayley my very first thoughts were that she was really warm and friendly and that she looked younger than her 36 years.  She said that she was ‘petrified’ of joining Coronation Street as the new girl, but that soon disappeared as other cast members were very welcoming towards her.

Interestingly, Hayley spoke of getting used to the board that is displayed for the actors, which is full of pieces of paper - actors have to seek out their names from it to see when they are required for filming.

She also revealed that many of the characters in Coronation Street have songs dedicated to them. Beverley Callard’s/Liz McDonald’s  song is ‘Shakin’ that ass', by Groove Armada. Kym Lomas/Michelle Connor’s song is 'Michelle my Belle', by the Beatles and Hayley/ Andrea has been rewarded with ‘Ice, Ice Baby’ by Vanilla Ice.

Hayley will be playing the part of Andrea, who Steve meets at college.  Viewers will recall that Andrea has already been mentioned a few times, and Michelle seemed a little put out, until Steve reassured her that Andrea was not attractive. Well, watch out Michelle, because Andrea is not in the least plain. As a result, Steve’s new friend may not get a very warm welcome in The Rovers.

Steve has the learning bug, and, as a consequence is much mocked by Liz and Michelle for his decision to go to college to improve himself as he had been humiliated in his efforts, when helping daughter, Amy with her war project. It turned out that Steve, having ‘spent hours cutting out pictures of Adolf Hitler’ had got the wrong war. Amy’s class was dealing with the First World War, not the Second World War.  Well, Michelle and Liz won’t be ridiculing Steve for long. (Frankly, many of us are mystified as to why his own mother and supposedly devoted live-in-lover would laugh at him anyway).

Andrea’s determination to make him her own will soon wipe away those sneering expressions. The facts of Andrea’s history are that, up until now, she has not found Mr. Right or anything approaching Mr. Right, not even Mr. 20% Right. This run of unsuccessful relationships, has only served to make Andrea even more determined to find a decent man; and who more decent a man than Mr. Steven McDonald? No doubt hurt by the mocking and ridiculing by mother and girlfriend, how irresistible for Steve to find an attractive woman, hell-bent on ensnaring his affections.

In Hayley’s own words, concerning her own character, Andrea, she is ‘sassy, warm, loving, but has had her heart broken numerous times’. Andrea is about 36 and has a 20 year old daughter, who encourages her mother to go to college. Though the daughter’s motives are unclear, we should, perhaps, give the girl the benefit of the doubt; she may just wish her mother to make more of her life now that she, the daughter is more independent.

As to what Andrea will wear, Hayley hinted that she would be wearing rather revealing clothes, skin tight dresses and skinny jeans, though Hayley was quick to defend Andrea pointing out that she is not trashy. She also added that Andrea is cool and keeps in with the younger ones.

Andrea’s first scene will be in The Rovers and the question is, will our Steve dare to turn his attentions to Andrea? Lately Michelle seems to have been really stressed and not a little terrifying.  Andrea, on the contrary, is very friendly towards him, behaving initially ‘as one of the lads’ thereby disguising her real intentions to take him away from Michelle. Much of this is played out under Michelle’s nose and maybe she will realise, too late, that Steve is having more fun with Andrea than he has with her, for some considerable time.

One thing’s for sure - I’m not the only one who can’t wait to see how all this plays out.

Email ThisBlogThis!Share to TwitterShare to FacebookShare to Pinterest
Labels: Andrea