(This post was originally posted by Scott Willison on the Coronation Street Blog in December 2013.)

BBC Four's fine repeats of Top of the Pops from 1978 reached their climax over the festive season with the Christmas edition.

Fascinatingly, it turns out that before he was a DJ and box opening cosmic orderer, Noel Edmonds used to work in StreetCars.  He presented the whole episode from what looked suspiciously like Fat Brenda's lair. 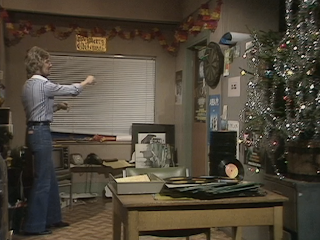 Sadly, there was no appearance by Bren's beloved Cliff.  Which was probably for the best. 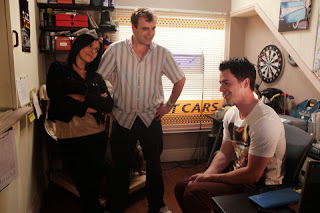 Email ThisBlogThis!Share to TwitterShare to FacebookShare to Pinterest
Labels: streetcars