Pearl anniversay of a pearl's departure 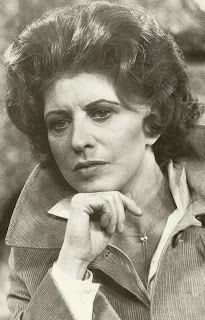 (This post was originally posted by Llifon on the Coronation Street Blog in January 2013.)

One of our commenters on Graeme's blog post about Corrie exits, has requested this blog post – so here it is!

Today is the 30th anniversary of Elsie Tanner’s final departure from Coronation Street. For some of you, you may be shocked that it was 30 years ago!


It could be said that Elsie’s departure was a milestone for Corrie in a sense that it was bidding a proper goodbye to a legend – and on-screen as well. While the characters of Martha Longhurst, Valerie Barlow and Ernest Bishop were well-loved and popular, they weren’t regarded as Corrie greats like Elsie, Annie Walker and Ena Sharples were. And also Corrie had never said a proper goodbye to its big characters before this. Jack Walker, Minnie Caldwell, Ena Sharples, Len Fairclough and Annie Walker had all been written out of the programme off-screen due to death, ill health or scandal. Pat Phoenix herself left the programme for the first time in 1973 without any notice and it was quickly written that Elsie had got a job in Newcastle. A decade later, the writers were given a chance to give a proper goodbye to Elsie and in my opinion; it’s one of the best exits in Corrie history.

Things had changed in Corrie in those ten years – those new characters in 1973 like Deirdre, Bet, Rita, Mavis and Alf were now very well established so the production team weren’t in a panic when Pat Phoenix announced that she was leaving in late 1983 – the show was in safe hands.

Viewers were left with two questions: why was Pat Phoenix leaving and how? 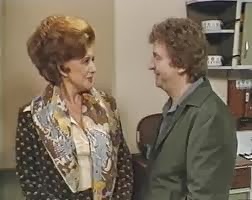 At the time, some believed it was the fact that Peter Adamson had been sacked and so Len Fairclough was being written out of the show. As you know, Elsie and Len had a close friendship and even though Len had tried many times to get Elsie to be his wife, she refused, saying she preferred him to be her friend rather than a husband. This close friendship sometimes caused tension between Len and wife Rita and between Rita and Elsie. And when Len married Rita in 1977, Pat Phoenix failed to attend filming of the wedding, stating that she felt that a part of Elsie’s character was disappearing with Len getting married.

As Adele Rose told Sean Egan in his book Coronation Street: The (Very) Unofficial Story: “The value of their relationship was always in the spikiness underneath the genuine affection they had for each other. It was far more profitable in terms of story and character to keep them with the love-hate relationship going on. He was the one who could say things to her that nobody else could and vice versa. If we ever brought it to any kind of conclusion, that would have been the end of both the characters' value to the show.” Many believed that Elsie and Len would be written out together, but producer Bill Podmore announced that Len’s exit had been written before Phoenix gave her notice. 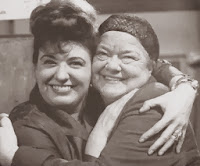 Another possible reason for her departure was the fact that she didn’t want to enter old age on the show. She feared that Elsie would morph into Ena Sharples or Annie Walker, and she didn’t want that! She also wasn’t happy with the stories that were given to her. Despite being in her fifties, she still wanted to be involved with young, attractive men but it wasn’t reality. In fact, when she announced she was leaving, it felt it was at the right time. It felt the character was coming to an end.

As for how she’d leave, leaving with Len was out of the question. What about Dennis or Linda returning for their mother’s exit? 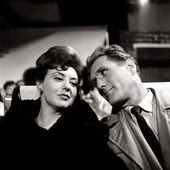 But as it turned out, the writers and production team had worked out a plausible exit storyline. Elsie’s old flame from 1961 Bill Gregory returned to the street to visit Rita after Len died in a car crash in December. Thinking Elsie was still in Newcastle with hubby Alan Howard, Bill was shocked when the neighbours told him that she was back at N°11. They reunited after 13 years (Elsie had rebuffed Bill for Alan in 1970) and Bill tells her about his wonderful life in Portugal as asks her to join him. Although she refused at first, Bill failed to back down and Elsie agreed in the end. She did a moonlight flit and took her photographs of Linda and Dennis and wrote a few letters and put her keys through the Barlows’ letterbox. She then reminisced about her catfights with Annie Walker and Ena Sharples and telling off Dennis. It was a great piece of writing! When the cab driver asked her when she’d be returning, Elsie gave a knowing smile and said: “Ah, now there’s a question!”.

Elsie never did return. Any chances of her returning were dashed two years later when Pat Phoenix announced she was dying of cancer. There have been rumours that she left the programme because she knew she had cancer. But who knows? Twenty seven years after last appearance, we found out about Elsie’s fate post-cobbles. She married Bill and they lived a very happy life in the Algarve. They both died in 2004 when their car flew off a cliff and were holding each other’s hands when they were found. A Hollywood ending for a woman who led a Hollywood lifestyle!


And there we are, the story of the departure of a classic Corrie character – the first siren and femme fatale. She’s not remembered for any accessory like Hilda or Bet but for her love life and the kind of storylines that we crave for these days!

Mrs Tanner, we salute you – a true Corrie and TV icon!

And to keep you entertained during the wet weather, why not sit down and watch this classic episode from the 4th of January 1984 below. Did you watch it first time round? What did you think when Pat Phoenix announced her departure? Let us know - we'd love to hear!