Corrie producer Stuart Blackburn - one year on, what do you think? 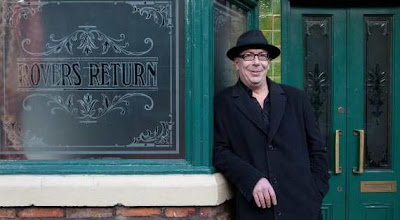 (This post was originally posted by Flaming Nora on the Coronation Street Blog January 2013, reposted to this blog with permission.)

It's been just over a year since Stuart Blackburn took over from Phil Collinson as Coronation Street producer.

When Stuart took over the reins at our favourite show, he gave an interview to the Manchester Evening News saying all the right things: "My vision of Corrie is really simple. The first episode wasn’t whimsical, it wasn’t a comedy, it wasn’t a nostalgic love-fest. It was gripping urban drama done on popular television for the very first time. It was kind of revolutionary – the lives, loves and aspirations of the working classes. What I want Corrie to do is retain that wit, the warmth and optimism."

So, what do you think of the last 12 months since Stuart Blackburn took over?  I'd give him 9/10 because as soon as he took over, he called Bev Callard to get her back in the show as Liz McDonald, he's brought back Todd Grimshaw, and has been given the unenviable task of killing off one of Corrie's best loved characters in Hayley Cropper because the actress who plays her wants to leave the show.

But he's also got rid of Brian, which I can't understand, because he was a fantastic character that could have been developed so much further.

Under Stuart's reign a few more characters are leaving this year, thankfully (for this fan) this includes Our Lady of the Back Room St Ella and her mum Gloria but I will miss Peter, Tina and Marcus.

Behind the scenes, he's had to deal with Michael Le Vell's high profile court case (and William Roache's court case which begins later this month) and the sacking of Chris Fountain.

So what do you think so far, Corrie fans?  Has Stuart Blackburn delivered on his vision of Corrie mentioned above?  I think he has, and look forward to everything that's in store for 2014 on the Street.