Chesney and Katy - the Dickie and Audrey Fleming of 2013 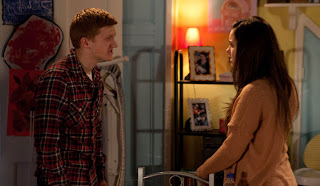 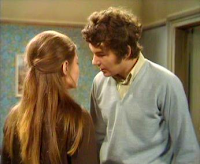 
From watching tonight's episode, I've noticed that Chesney and Katy are the modern equivalent of that other doomed Corrie couple from the late 1960s, Dickie and Audrey Fleming. The Flemings got married in 1968 - Dickie was 19 and Audrey was 16. And like Chesney and Katy, they grew old too soon and the marriage became boring.
Katy said that her life was dull and suffocating. The same words were expressed by Audrey back in 1969 when she embarked on an affair with bad boy Ray Langton (the 60s Ryan Connor). But when she failed to convince Ray to leave his fiancee Sandra Butler (Elsie Tanner's niece), Audrey left the street. Dickie had left a week earlier.
The end is nigh for Chesney and Katy, just as it was for the Flemings. Dickie and Audrey divorced in 1970. It really is a case of history repeating...