(This post was originally posted by Clinkers (David) on the Coronation Street Blog in February 2013.)

Whatever the outcome of the Michael Le Vell case, there is no doubt that, in the short term, there will be one or two headaches for the powers that be at ITV.  Sudden exists in the world of continuing drama are, thankfully, quite rare and even more so in Coronation Street. As a few people have quite rightly commented, other than being involved with the Tyrone storyline, the character of Kevin Webster is not a big on screen presence currently. His disappearance from the cobbles will probably be easily explained or depending on the outcome of the court proceedings against the actor, never mentioned at all. 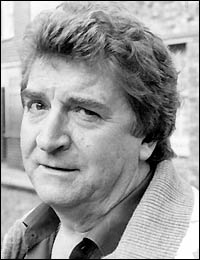 The example most of us know and remember is that of Len Fairclough. Following his final on screen appearance in May 1983, Len was kept alive with a few casual mentions up to the time the character was written out for good some seven months later.

Graham Haberfield's unexpected death in 1975 resulted in his character, Jerry Booth, also dying a month later. Sometimes though, it's not the death of an actor that can precede an exit. Back in 1969, Granada blithely went ahead with planning an on screen wedding for Gordon Clegg and Lucille Hewitt. What they had failed to realise was that actor Bill Kenwright would soon be out of contract and that he had no intention of renewing it. The scriptwriters hastily had Gordon jilt Lucille and disappear to London. 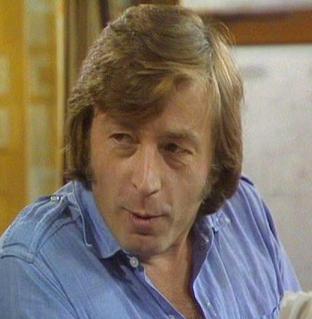 There was a similar issue in 1975 when Ken Farrington suddenly decided to quit his role as Billy Walker. With a wedding to old sexy specs Deirdre Hunt already planned, scriptwriters simply replaced Billy with Ray Langton, a character Deirdre did not particularly like, and suddenly a new wedding was on the cards.

The latter may not sound particularly subtle but compared to Australian soaps, it was positively Shakespearean. In 1995, actress Caroline Gillmer was forced to quit Neighbours due to illness. As her character, Cheryl Stark, was involved in a big storyline, the producers immediately cast Colette Mann in the role. Cheryl literally swapped heads overnight.

Possibly the most outrageous method in dealing with a sudden exit though goes to the producers of legendary Aussie soap, Prisoner Cell Block H. During the programme's final year, 1986, Nicki Paull had to quit her role as prisoner Lisa Mullins. Again, the character was central to ongoing plots so in the next episode she was seen emerging from a sink, having supposedly dyed her hair! No one mentioned that she had also morphed into actress Terrie Waddell.

We can rest assured that ITV will not put viewers through that sort of farce and hopefully, the disappearance of a Street regular, whether it be temporarily or not, will be handled well.