(This post was originally posted by Graeme N on the Coronation Street Blog in February 2013.)

It's a question the whole nation isn't asking. Apart from me that is. In the next few weeks we are about to witness, Street style, a complete character change as Karl Munro turns nasty. Yes nasty! Which got me thinking. Who was that other well-loved (Ok, possibly not) Weatherfield character who morphed from being a relatively jolly, dependable middle-aged bloke into a raving loon. Step forward Don Brennan. 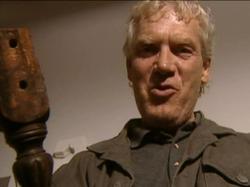 Don, you may recall, was the Street's everyman for a while. He was a hard-working cabbie, liked a few laughs and had enough resolve to take on God-bothering Ivy Tilsley and her devotion to all things dead. Before long, Don became a drudge, a bore, a shadow of his former ebullient self. What followed was disaster heaped upon tragedy. There was the seedy stalking of Denise Hairdresser, a bitter feud with Mike Baldwin, Ivy's 'get me to a nunnery' exit, his liaison with the staggeringly dull, gruff-voiced Josie, the hounding of lovely Alma, the 'foot' incident, living with Ashley, more Baldwin and a welcome death.

Poor old Karl seems to be yet another member of the cast who seems to be without purpose. Weaving across the cobbles like Liam Gallagher's dad, he was originally an intriguing addition to the Street. The stomach-churning affair with Sunita turned him into a snide, nasty piece of work. Loveless and seemingly friendly, he now makes for uneasy viewing in the same way that Dead Don did back in the 1990s.

If history decides to repeat itself we can look forward to Karl delivering pervy phone calls to Maria, packing St Ella off to a convent (hurrah), attacking Jason with a chair leg whilst over-acting and then plunging Sunita into Weatherfield Quays whilst she yells 'no....." in an echo chamber. 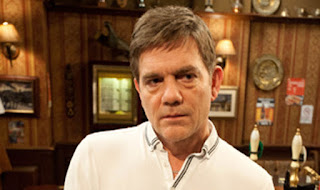 Seriously though, it does feel as though Karl is about to tread that well-worn path of normal blokes who suddenly go bad. It doesn't make for particularly believable drama and can only end with Karl as a bitter, cynical and hollow version of his original self. Here's hoping this prophesy of doom comes to nothing but I have a feeling that we may be witnessing the beginning of the end for Mr Munro. Now - has anyone got the phone number for the nearest convent? Would they show pity on a beige nun?

I've been thinking the same thing. I can only hope Karl meets a similar fate - I'm awfully tired of this storyline. And I like Jason. He may be a bit dim, but a good bloke who needs a break.