Would you shop in Weatherfield? 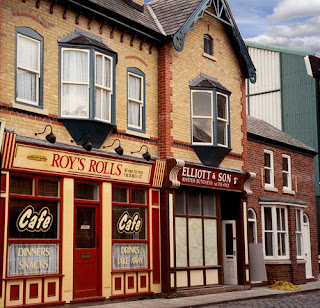 On the now fabled Coronation Street Blog Towers day trip to the land of the cobbles a few weeks ago, I pondered in front of the vacant shop that was once Elliot's butcher's emporium. Notice the word vacant. Aside from Kirk-eh and his turk-eh, the premises have remained unused and unloved since Ashley departed. Presumably, master criminal Clare is still the legal, in an illegal way, owner. Maybe that's why the shop has never re-opened.

It got me thinking though, as the snow swirled around. Here in the UK there has been a big push to rejuvenate the nation's high streets and get small shops back up and running again. It seems unlikely that Mary Portas is going to lend a hand, so I had a wander around my locality and offer the following ideas to Weatherfield Council.

Shoe repairs - horribly old-fashioned but important in cash-strapped Britain. Maybe Jason could retrain as a cobbler. 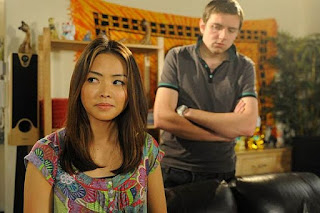 Chinese herbalist - this would probably mean bringing Graham Proctor's wife back. Yes, I've forgotten her name too . . . Or Becky. She was good with 'herbs'.

A computer software shop - OK, I don't predict many show-stopping storylines here. "There's worry for Audrey this week when her ink cartridge runs out".

Stationery printing - now this could be good! Nice, cottage-industry stuff, employing a few locals - maybe Gail as a manager, Chesney operating the equipment, Mary on sales . . . It might work.

An opticians - limited storylines again unless everyone suddenly developed serious eye strain on a weekly basis. Front of house would, of course, be Deirdre modelling the latest style every day. 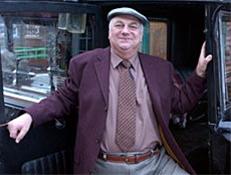 A funeral director - well, Archie might be a bit old for this game now but maybe Tommy Duckworth could be trained up. He usually looks glum anyway and would be a dab hand fixing a dodgy hearse. Dealing with the business end of things, Tracy of course. She's good with flowers and knows a thing or two about death.

Maybe a 'no' though to charity shops - remember Emily ran one years ago with a frightening old biddy called Ruby? Hardware stockists are probably a bad idea too. Sally Webster, three watering cans and a wheelbarrow does not a business make.

What should occupy the Elliot shop then? Is there a glaring omission in Corrie's mercantile world? What shopping experience do the good folk of Weatherfield need?