Should Corrie cut down on its cast? 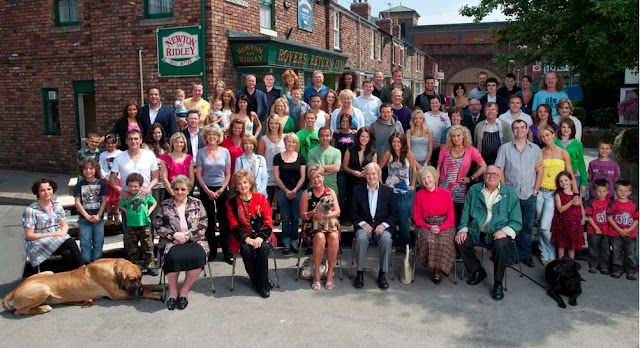 
I really think they should. That doesn't mean that they have to cut down on the episodes although I'm sure three episodes per week would be enough.

I'm basing my argument on my other favourite soap which is Aussie soap Neighbours. It airs five times a week, all year round and has a cast of only 25-30 characters. Ok, the storylines are lighter than Corrie and they don't last long, but I do think it's a formula that works. Every Neighbours episode stars about eight regular characters - and it's not the same characters every day.


Every character has equal screentime and for me that makes the show more interesting instead of the same old faces. When I look at episode spoilers here on the Coronation Street Blog, I notice it's the same characters who appear in every episode - Stella, Tina, Fiz, Steve, Carla, Peter, Leanne, Gail, and Tyrone. While others like Kirk, Deirdre, Roy, Hayley and Dennis rarely star in a storyline of their own.

With a small cast everyone could have equal attention. And thus it's the same characters that get nominated in awards much to fans' chagrin. Both EastEnders and Emmerdale follow the same trend unfortunately.

Corrie in the 60s, 70s and 80s had the same average cast as Neighbours has now. Should Corrie revert back to those old days? These days, it includes 60-70 members. Due to this, many characters don't have storylines year after year. Then you've got the same characters appearing week after week and soon enough there's an announcement stating that a certain actor/actress is leaving. Although they don't say it, I'm sure the number of episodes they appear in contributes to their decision to leave. Look at Chris Gascoyne and Alison King - they took a break because they were continuously in the limelight. I know some actors can handle some stories better. While some can handle dramatic stories, others star in humourous ones. Sadly, Corrie lacks the humour these days. 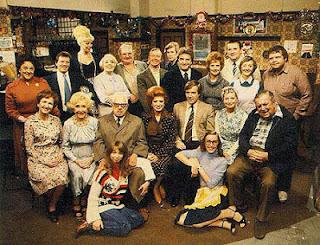 So what do you think? Should Corrie cut down on its members of the cast to like it was back in the day? Is it possible to have 60 people living in one street whereas 30-40 years ago there was only half that amount? Even though there are three more houses and three or four flats, does that mean the number of characters has doubled? I don't know.

It is possible to air five episodes and have a cast of 25-30 members. What do you think? Which characters would you include in that reduced cast? Leave your comments below!