Out with the Old Rovers 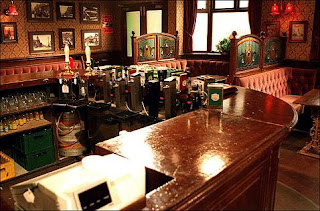 In the next few days we will be saying farewell to the current Rovers Return, though it has had a few minor changes over the years, it has stayed mostly the same.

There was those few months in 2008 when the Rovers Return did look quite different to its current look, though later that year the decor returned to a similar style to that of the 1985 Rovers.

When the Rovers reopens later this year, I'm thinking it will probably be a similar style to the current Rovers, but there is a few things that will be long gone. For me, the biggest difference in the Rovers will end up being the separating glass between the booths.

For years they have been the backdrop to many whisperings and secrets, some of my earliest memories of the show are of characters talking between them. There is one thing that I do hope remains the same though, I hope they place another portrait of Betty in the new Rovers, as they did in the old, perhaps a bigger one, and one that doesn't say "landlady" would be preferable. 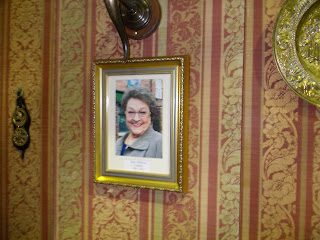 I like the glass between the booths. I'm hoping that the wallpaper goes - and in the back room too. Of course Betty has to stay.