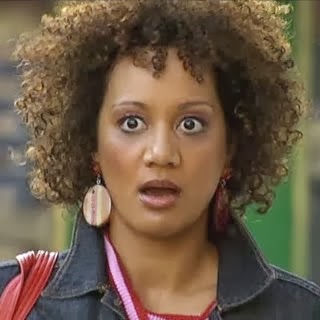 (This post was originally posted by Scott Willison on the Coronation Street Blog in January 2014, reposted with permission.)


Coronation Street is a world of diversity, a world where black live alongside white, gay with straight, Norris with normal humanoids.  It's a world where people love and accept people who look and act in all sorts of peculiar ways - I'll just point at Mary and back away slowly.

Why, then, is only one afro ever allowed on the Street at a time?

The afro is the mightiest of all hairstyles.  It is proud, defiant; it is quite literally headstrong.  Think of the greatest wearers of the afro.  Diana Ross.  Pam Grier.  Lionel Richie.  Michael Jackson.  These people are legends.  It's the Official Hairstyle of Blaxploitation and Motown, an expression of political might and social awareness.  It's damn fine, you dig? 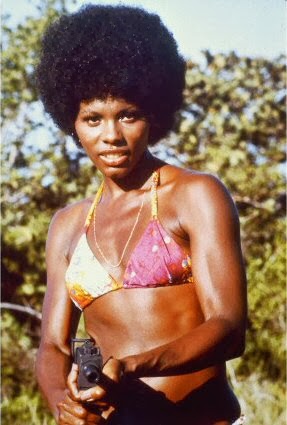 The first person in Corrie to properly wield an afro with pride was Kelly Crabtree.  (Curly's girlfriend Shirley had a semi-fro, but it was the eighties: everyone had big hair then).  Kelly was short of skirt and big of hair, huge, voluminous locks bursting out of the top of her head.  It acted as an early warning system - beware the mighty mouth approaching.  One glimpse of those stacked curls over the back of a Rovers booth and you knew a noisy time was going to follow.

Kelly left, and was replaced with that girl who was a stripper and who bunked up with Lloyd.  She was completely forgettable.  I can't remember her name even as I sit here.  All I can remember is she had a fierce ball of incredible black hair that radiated from her head like a darkened sun.  It was far and away the most interesting thing about her, and I was sorry to see it leave. 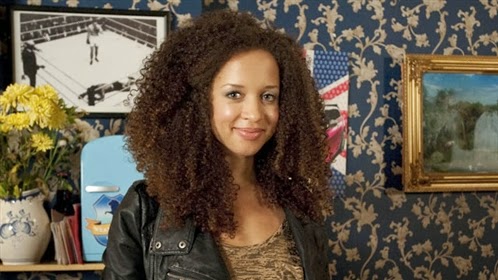 Fortunately, Coronation Street's one and only afro comb was passed on to Kirsty.  This was the first hint that an afro could be a useful mood indicator.  If Kirsty was wearing her hair out, letting it bounce round her head in a free and easy fashion, she was cool and relaxed.  If the hair was pulled back however, pinched into a tiny bun, it was a signal that madness was soon to follow.  Tyrone might have saved himself a lot of bother if he'd just hidden her kirby grips: it was probably the stress of keeping that awesome weave under control that drove Kirsty mad in the first place.  Of course, Natalie Gumede then went on to wield her afro to devastating effect on Strictly.  I was beside myself the week that she fell ill and therefore couldn't perform to Proud Mary, perhaps one of the finest hair shaking songs ever written.  And yes, she was robbed by Abbey Clancey.

Now Jenna's here to uphold the afro tradition, though in the grand tradition of ladies who like ladies, her hair is a little shorter and more sensible than her predecessors.  Unfortunately her job in Roy's Rolls means that her mop of black pride is sadly kept under wraps for health and safety grounds; it's none the less always a pleasure when she turns up in the Rovers with it happily bouncing around her ears.  All these women have been strong, gutsy, fierce - well, all of them except that girl who went off with her ex-husband in the end (Sharon?  Susan?  It'll come to me).  I think Jenna should break out the afro more often, and perhaps influence other members of the Street to follow her example.  Just imagine if Gail emerged from the salon with hair a foot high and a foot wide; I'm sure you'd agree, that would be a joy to behold. 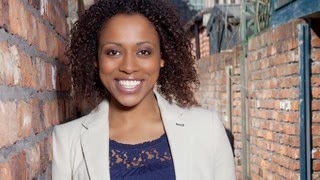 it was Cheryl pronounced chairl