A look at the new set: Coronation Street 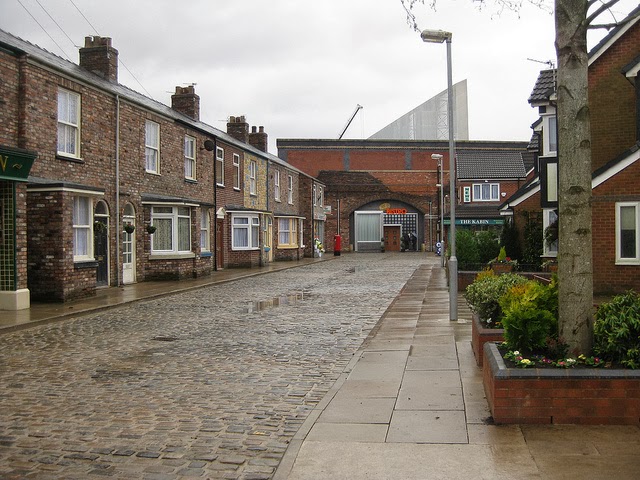 Last week, we took a closer look at the new Victoria Street, to see what had changed, this week, we're looking at Coronation Street itself, probably the biggest change you can see above is the top of the Imperial War Museum North's roof, although, I don't think that will be making an appearance in the show itself.

As you have probably read by now, the street is now wide enough to have two cars passing each other, with enough room between them. I can see this adding a little extra touch to scenes set on the street, we might even see the Wayfarer make it's way down the street now! There's also a new ginnel leading from Streetcars on Victoria Street to outside Audrey's Salon.

The Rovers Return is now much much bigger, boasting two upstairs windows, the improved size, makes the interior seem a little more believable now, though the living room will still be in Rosamund Street, no matter how much bigger it grows. 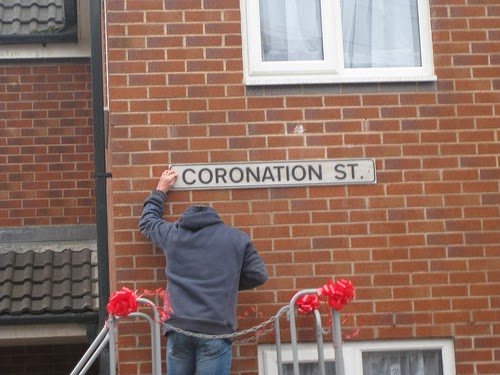 A nice small touch has been added to the viaduct side of the street,
a 'Coronation Street' sign appears to have been placed on the side of The Kabin, it's nothing major, but it's a nice addition, to commemorate the move to the Trafford studios.

Most of Coronation Street has remained the same, when compared to the other streets, most likely due to it being the most iconic, but the small changes they have made will give the street a much grander look, I'm looking forward to seeing how it looks on screen, and of course, playing spot the difference!